Edward Hodges Baily (1788-1867) was born in Downend in Bristol. He made Eve at the Fountain at the age of 34, and the work brought him fame. He is now best known for his statue of Lord Nelson on top of Nelson's Column in Trafalgar Square, London. Eve at the Fountain is carved in marble and shows the influence of the classical female nude. It illustrates a line in John Milton's poem Paradise Lost, where Eve sees her own face reflected in water, referring to vanity. 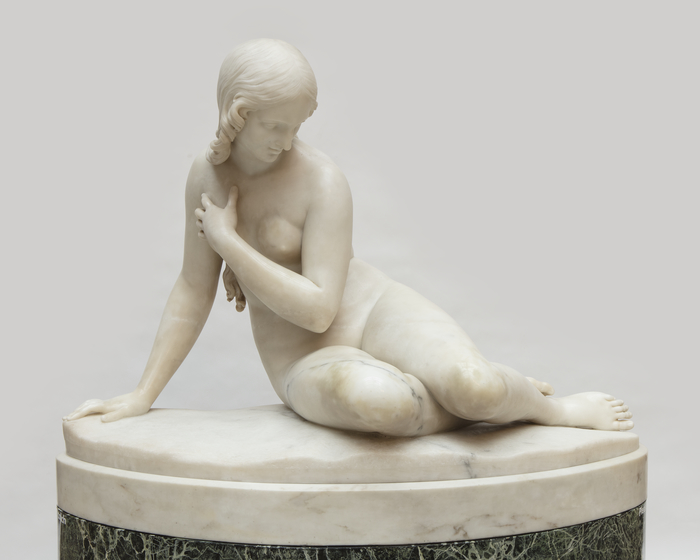 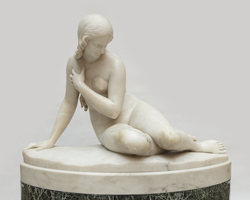 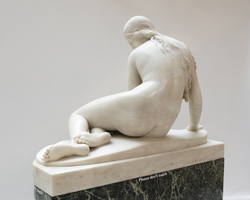 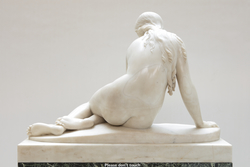 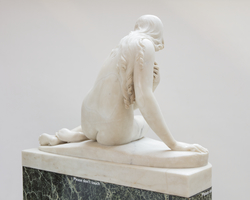 : Eve at the Fountain

: a marble sculpture, showing: Eve at the Fountain, which is regarded as Baily's most celebrated sculpture; the subject comes from Milton's 'Paradise Lost', where Eve sees her own reflection in a lake for the first time, is surprised and wants to look at herself again

: Purchased partly by public subscription and presented to the Bristol Institution, Park Street (forerunner of this museum) in 1826.