Dreaming is key to Aboriginal culture and has long been misunderstood by Western communities. The translation of Dreaming itself is seen as incomplete, like any religion these ideas are very complex and have been developing for thousands of years. Dreaming relates to the creation of the world and the role of Dreaming Ancestors in creating sacred geographical features, but it is far more expansive. Dreaming is not seen as past, present or future but something timeless, described by the anthropologist W.E.G. Stanner as 'everywhen.' It dictates everyday life, playing a role in spiritual life, morals and relationships, the connection between humans and nature, as well as societal structure.

In this image we see significant symbols related to Dreaming ceremonies. Although Aboriginal artists have shared some elements of traditional ceremonies others are too private to be shown publicly. The meaning of a painting is not always explained to outsiders. The colours are earth tones, although the bright white provides a contrast. The main focus of the piece is a series of rings connected to a long curved line. The circular shape is likely to represent a waterhole, the curved line water itself. The surrounding semi-circular shapes represent clouds. 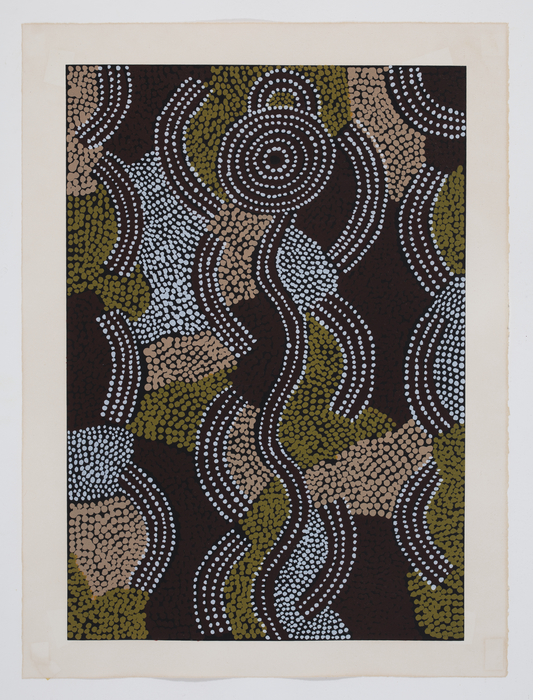 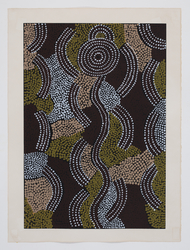 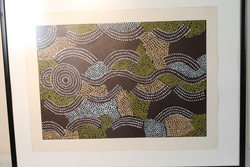