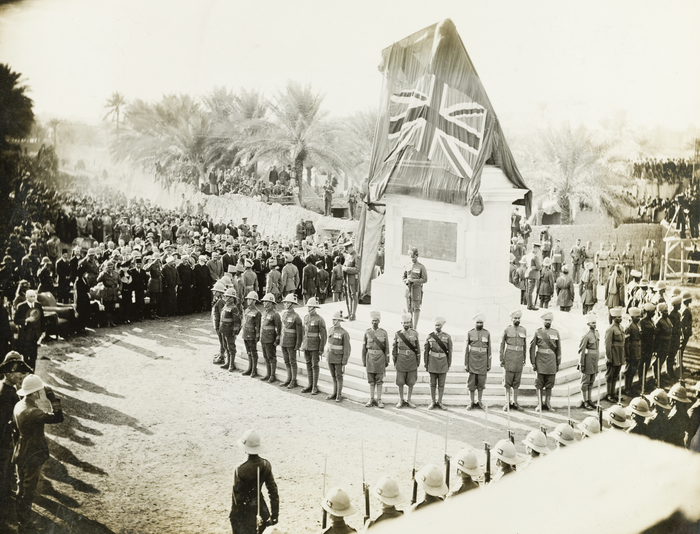 : Soldiers of the Sikh Regiment surround a statue of General Maude which is draped in a veil adorned with the Union Jack. General Maude led the British forces which took Baghdad in 1917, but died shortly afterwards from cholera. The statue was unveiled in 1923 but torn down in 1958.