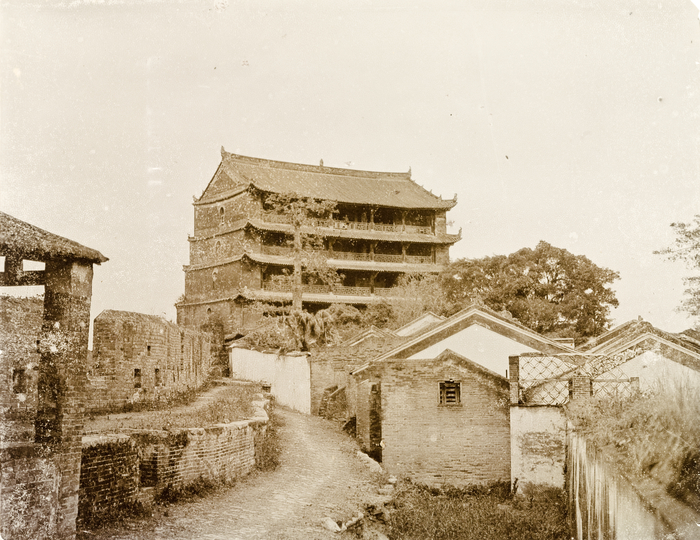 : A five-storey pagoda in Canton

: A five-storey pagoda stands beside the ruins of an old city wall. An original caption comments that the building was occupied by British forces in 1840, probably during the First Opium War (1839-1842). Original manuscript caption: Canton - Five-storied Pagoda and old city wall on left. Occupied by British forces (1840) whose old guns bought by Chinese still exist in position.