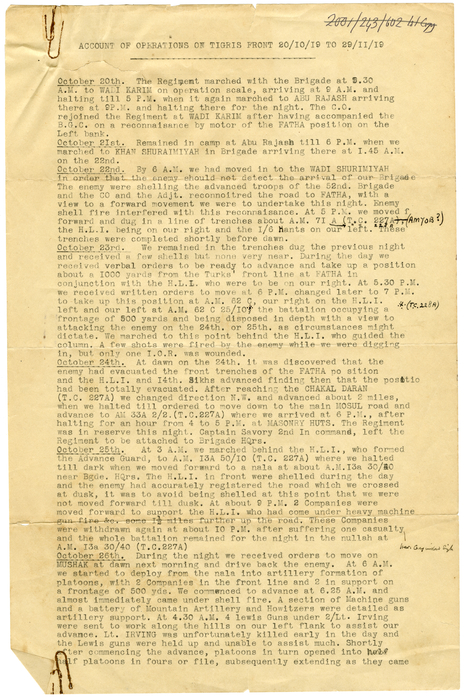 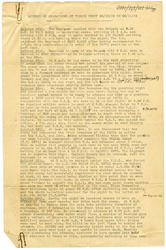 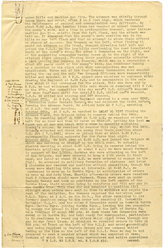 : These folders contain documents relating to Winthrop's military career in the 14th Sikhs. There are his confidential annual reports for many years between 1916-1941, his typescript diary from 1915-1923 and his typescript account of the regiment's part in the Battle of Sharqat in late October 1918 (note that this has been titled 1919 but events make it clear that it refers to 1918). There are also copies of the above three documents. There is also the Sikh Brigade address list 1960, and Newsletter 1963. A file of documents relating to Winthrop's career post 1930 includes his Officer's Record of Service, references, letters of appreciation and miscellaneous personal documents such as humorous poems, many relating from around the time of Indian independence.

: A number of the typescript documents in this file are in very poor condition; the available copies should be used in their place.