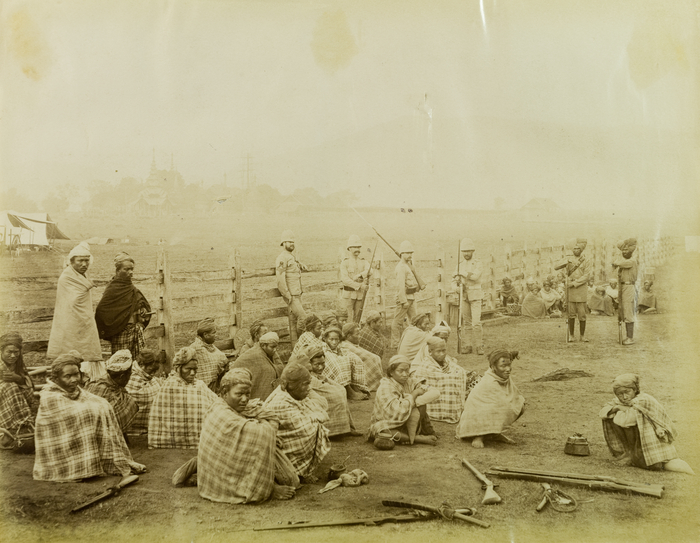 : Burmese rebels surrender at Wuntho Captured Burmese rebels surrender their arms to British forces under a general amnesty. Allied to the Saopha of Wuntho, their opposition to the British annexation of Burma (Mynamar) led to conflict at Wuntho where they subsequently lost control of the area. Wuntho, Burma (Myanmar), 1891. Caption reads: 'The Sawbwa's Troops Surrendering Arms to the British authorities at Wuntho, No. 422'