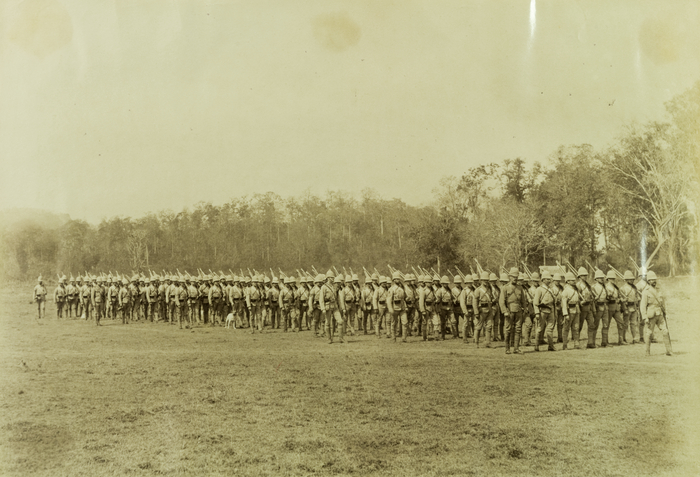 : The Second Devonshire Regiment of the British Army, led by Captain Davies

: The Second Devonshire Regiment of the British Army, led by Captain Davies, marches in formation across flat, rural terrain. The company was involved in a campaign to suppress Burmese rebels in Wuntho State (today known as the Sagaing Division). Sagaing, Burma (Myanmar), 1891. Caption reads: 'The Company of the 2nd Devon Regt; under Capt. Davies, with 2nd Lefts. Holman & Logan, which marched from Shwebo to Kawlin a distance of 98 miles in 5 days, no. 405.'