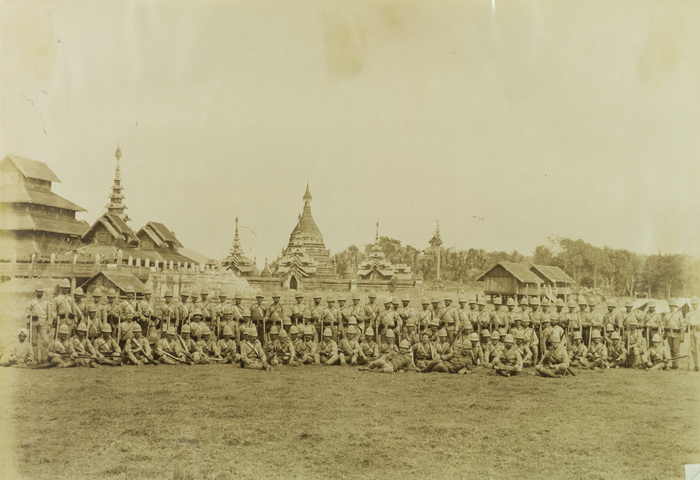 : The Second Devonshire Regiment of the British Army, led by Captain Davies