In 1862 there was a house at number 21, Portland Square, which was noted for its unorthodox decor.

Visitors to the house encountered uncluttered rooms, painted in pale colours; bare walls, some hung with Japanese prints; Persian rugs on the floor; and delicate Georgian furniture. This decor was in stark contrast to the prevailing fashion of the day, which had interiors painted in strong, bright colours, filled to the brim with grand, curvaceous furniture, knick-knacks, house plants and heavily patterned carpets and curtains.

Reactions to the unfamiliar decor at No.21 ranged from surprise to suspicion and even hostility. Few would have felt as Max Beerbohm, the caricaturist and writer did, that the owner of the house was "the greatest Aesthete of them all".

This Aesthete was Edward William Godwin, the first person in England to furnish his house in the Japanese style. Born in Bristol, at 12, Old Market Street and educated at Exley's School in Cotham, Godwin went on to become one of the most original and innovative designers of his day.

Godwin was a man of many talents. Early on in his career, after an apprenticeship with a local architect, he focused on architectural design. His early projects included the restoration of the south porch at St Mary Redcliffe and the design of a round-arched warehouse in Merchant Street (since demolished). Some of his work can still be seen in Bristol: at Highbury Congregational Chapel, today known as Cotham Church, where he added the apse, the tower, the south transept and the school in 1863; at Sneyd Park where co-designed a pair of villas, 10-11 Rockleaze; and on Stokes Croft, where he designed the former Perryâ€™s Carriage Works and two redbrick houses, now shops, at numbers 74 and 76.

In 1861 he won a competition to design Northampton town hall - an achievement that brought him to national attention. Designed in the style of Anglo-Franco-Italian Gothic Revival, the multi-coloured edifice was typical of mid Victorian taste. But Godwin was not entirely influenced by contemporary thinking: in addition to designing the building, he also devised the interior decoration scheme. This role - of architect as designer - had largely gone out of fashion with the coming of the Industrial Revolution, but, with the Northampton project, Godwin had revived the tradition.

The furniture that Godwin designed for Northampton town hall was in keeping with the style of the building. However, in 1867, when it came to furnishing his London home, his style reflected his own personal taste: Japanese. The search for Japanese or Japanese-inspired furniture was a challenging task. Describing the experience, Godwin wrote:

"I found that hardly anything could be bought ready made that was at all suitable to the requirements of the case. I therefore set to work and designed a lot of furniture..."

Godwin had come into contact with Japanese art at the 1862 London International Exhibition of Industry and Art. Until 1854 Japan had been a closed country to the West, but, from that date, Japanese art, particularly Japanese prints, had begun to make their way to Europe. They made a profound impact on western art and design. The simplified and flattened forms and use of blocks of colour were significantly different to anything produced in the West.

From 1865 Godwin designed wallpaper and textiles, and pioneered what came to be known as 'Anglo-Japanese' furniture, characterized by clean, rectilinear forms, minimally ornamented, occasionally with Japanese motifs. In 1867, he wrote:

"There were no mouldings, no ornamental metal work, no carving. Such effect as I wanted I endeavoured to gain, as in economical building, by the mere grouping of solid and void, and by a more or less broken outline."

'Japonism' soon caught on and its influence permeated all branches of the arts. In furniture it appeared as 'Art Furniture'.

The taste for lighter, simplified design was partially a reaction against the heavy Gothic style and the mass production of the mid Victorian period. A new movement capturing the desire for elegance, beauty and simplicity was born - The Aesthetic Movement - and, along with the artist James Whistler and the playwright and author Oscar Wilde, Godwin soon established himself as one of its leaders.

Many of the pieces of furniture Godwin designed were in ebonized wood, emulating the 'japanned' finish. Initially using 'deal', a cheap softwood, he discovered that its properties were not always suitable and turned instead to ebonizing mahogany.

In 1878 Godwin and Whistler produced a display stand for the furniture of William Watt at the Paris Exhibition. Godwin's furniture designs were now being manufactured for the public by Watt and Collinson & Lock. They were also available to buy from Liberty of London.

By the 1880s Godwin had focussed his energies on designing historical costume and other items for the theatre, a life-long interest.

In 1886, he died from complications following an operation to remove kidney stones. His former partner, the actress Ellen Terry, wrote to their son:

"It [Northampton Town Hall], and heaps of other work he did afterwards, should have made his fortune, but he was very careless of money and wasted it and died very poor - But there was no one like him, none - A man born long before his time - Of extraordinary gifts, and of comprehensive genius."

Edward William Godwin exercised great influence, not only in Britain, but in France and Germany. Twenty years after his death, Muthesius (German architect, diplomat and author) wrote of Godwin's furniture that it took a big step forward in replacing ponderous Gothic designs with a lightness and elegance that ostensibly foreshadowed modern ideas. 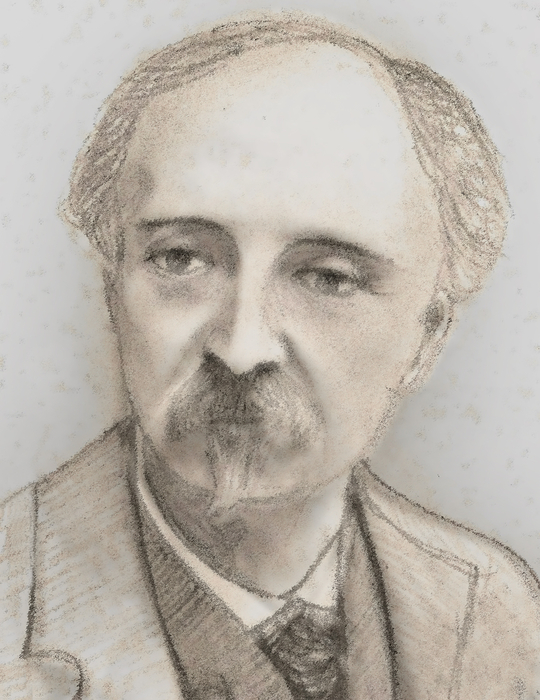 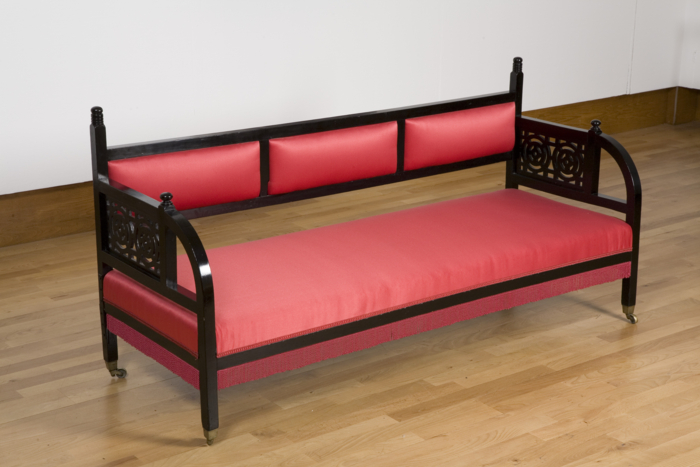 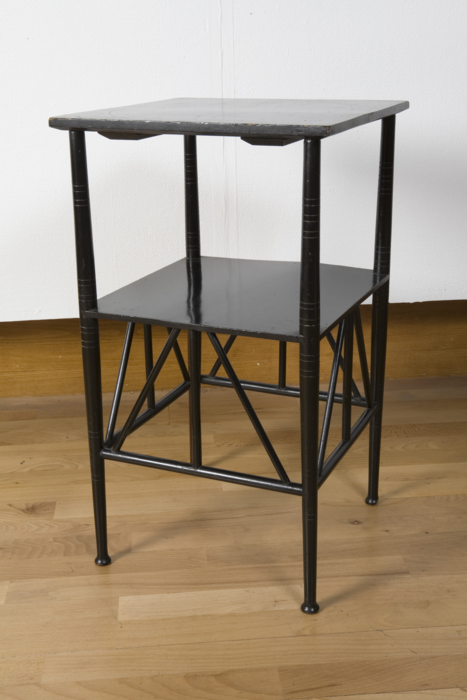 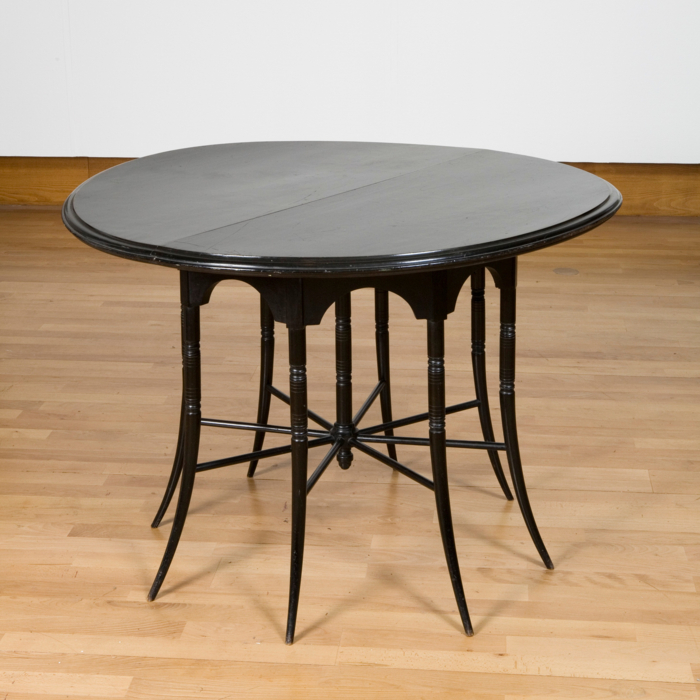