When Mrs Ann Frazier died in 1790, she left a bequest of Â£40 for her parish to buy a fire engine. It was built to Richard Newshamâ€™s 1725 patent design and remained in use until 1876, when the Bristol Fire Brigade was formed.

Fighting fires before that was a community activity. The alarm was raised by ringing the church bells, and everyone would come to help. The cumbersome engine was pulled to the site of the fire by hand - a difficult job in hilly St Michaelâ€™s.

A human chain passed many leather buckets between the nearest source of water and the reservoir on the engine - it was important to keep this as full as possible.

Other people would work the rocking arms on either side of the engine to operate the pump. All this activity produced a jet of water from the top of the engine, which was directed towards the fire through a nozzle (no longer surviving).

In 1877 the engine and its buckets were abandoned in the crypt of St Michaelâ€™s church until 1914, when they were bought by the Museum. 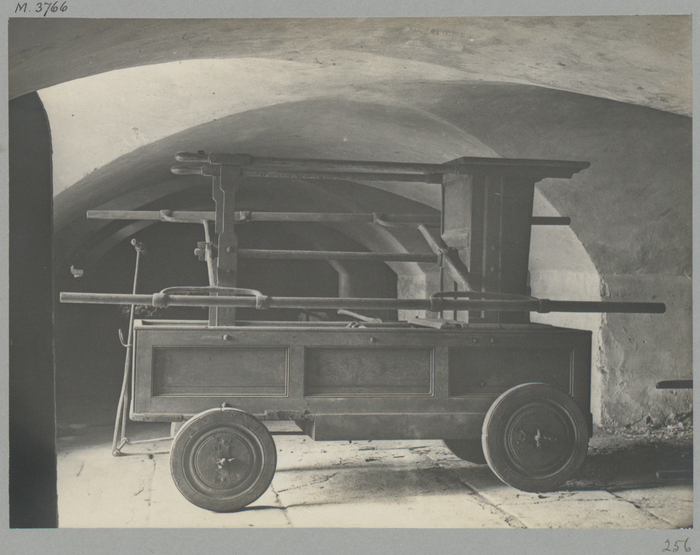 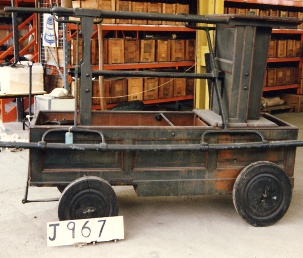