Shannon Guo, Co-curator of Ahead of the Curve: new china from China; Curator of twocities gallery in Shanghai; Associate Professor, Fine Arts College of Shanghai University

Chinese porcelain or 'china' used to be one of the most treasured trading goods on the 'Silk Road' from China to the Western World including Great Britain. Therefore, the British are fairly familiar with Chinese porcelain. Chinese ceramics, seen by westerners as luxury collectables such as tea sets, plates or utensils, were usually made by several technicians on an 'assembly line'. Because of this process there was little room to show any personal expression or personal artistic style in the ceramics.

Even though China's china is well known to British people, when it comes to an understanding of contemporary Chinese ceramic art, I'm afraid that most British people seem to know very little about it. These selected ceramic works, made mostly in Jingdezhen, generally use the same traditional techniques and materials, however, the purpose of making ceramics is now very different. A new era has dawned; therefore, this exhibition is significant in bringing contemporary Chinese porcelain to the West by reintroducing and redefining the china it knew from several hundred years ago.

All the ceramic artists who were chosen in this exhibition have some sort of relationship with Jingdezhen. Some, like Kang Qing, were born, raised and educated there. Some, like Jackson Lee (Li Jianshen), an internationally renowned ceramic artist, were originally from the region, but travelled around the world before finally settling down there and building their own ceramic sanctuary. Impressively, Jackson Lee has even built his own studio, gallery, museum, restaurant, and hotel in Sanbao, a village on the outskirts of Jingdezhen. Still others, like Wan Liya, are migrant birds; every year they return back to Jingdezhen to rest and work, regaining their strength and creativity. To them, Jingdezhen is a holy place â€“ a paradise â€“ for ceramic artists. Even after thousands of years, this town is still full of energy and welcomes pilgrims from all around the world.

These artists live at the crossroads of tradition-modern and Chinese-Western. The ongoing challenge, especially for the younger generation, has been to figure out how to re-interpret the conceptual and material definition of ceramics in their own language. Tradition, to Jackson Lee, is 'like a cup of green tea; it's with me wherever I go'. However, to many young artists, tradition seems very far away, even though they are surrounded by it. Western thought and influences, on the other hand, are so accessible due to Western philosophies and art concepts being taught all over in art schools, yet the teachings are far removed from their culture. Standing in a seemingly dichotomous situation, contemporary Chinese artists are very eager to try to express their own thoughts with honesty, even when there is an obvious struggle to identify and represent who they truly are.

The search for identity and understanding is a process. In that journey, each artist must answer these age-old questions for him or herself: 'Who am I?', 'What is my relationship with tradition?'; 'What is the relationship between being honest with myself and the 'otherness' in my work?'; 'What am I trying to build up while tearing down or deconstructing other things?'. Of course, it seems no one has a definitive answer to anything, but they are enjoying the process. Maybe, that's all it is. 'You are what you see', some say. They don't even want to explain or be direct. 'You'll understand when you read me', others say. However, for a curator like myself, I am always tempted to find clues and put the puzzle pieces together in order to make sense of it all. After working with these artists for almost ten years through twocities gallery, I have a feeling that they are on their way 'home', as some artists describe it. The picture may still be obscure, but it is promising and filled with hope.

Just as ceramics were brought to the West through the Silk Road, contemporary glass art was brought to China by scholars from the UK as an exchange. Scholars such as Zhuang Xiaowei, Guan Donghai, Xue Lv (Shelly Xue) and others went to study glass at the University of Wolverhampton. After returning from their studies, they started to build glass studios in China; thus, marking the beginning of the contemporary glass studio movement in China. Later, young artists like Wang Qin and Han Xi were influenced and found their 'destiny' in the materials of glass and ceramics. Interestingly, Wang Qin was educated in Jingdezhen as a ceramics major, but later started to work with glass. They also stand at the crossroads and are finding their way 'home'.

As a co-curator of this exhibition, I really hope that this exhibition will continue the great achievements of cultural and art exchange accomplished by our ancestors through the Silk Road. Let's continue the conversation between our countries, though far in distance, yet so closely connected through modern technology. May the exhibition be a great success! 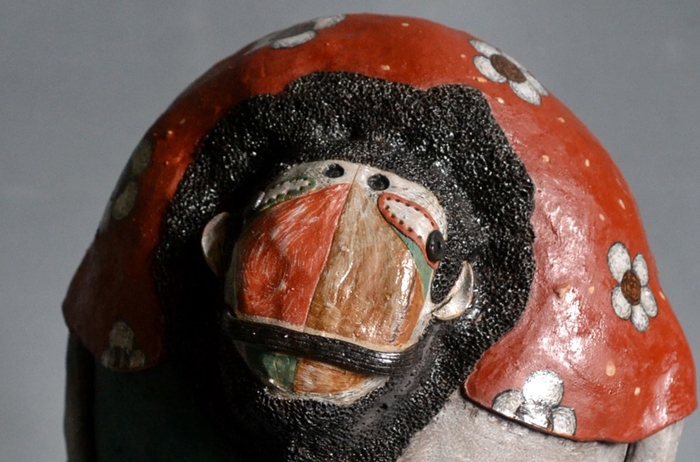