Throughout his career the artist Burne-Jones was captivated by the fairy tale of Sleeping Beauty. This dreamlike scene is part of a series of images which illustrate the story and take the viewer inside the enchanted palace where sleep reigns supreme. Before a thicket of sweet briar roses (rosa rubiginosa) six young women appear to have fallen asleep while weaving and fetching water.
Their stylised bodies form a decoratively flowing frieze across the pictureâ€™s narrow foreground.

Burne-Jones returned to the subject, which is charged with meaning, several times. A complete version of the image cycle today hangs at Buscot Park in Berkshire. 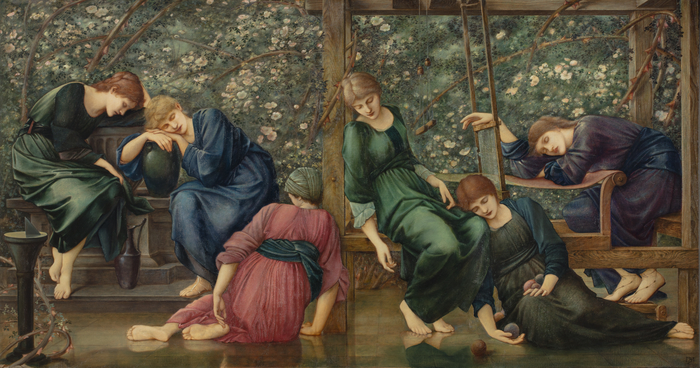 The Garden Court; from The Briar Rose Series