Somalia at the turn of the 20th century was a country colonised by Europe but fighting for independence. In Bristol we have a small collection of objects that come from that period of time that can tell us something about the country and its people.

For centuries the different Somali speaking groups within the region of the 'Horn of Africa', on the far east coast of the continent, had been nomadic pasturalists. This meant that they spent a lot of their time travelling large distances to find pasture for their animals, and also to trade with people from other regions. Much of Somalia is very dry, near desert land, which is why Somalis had great respect for their main source of transport - the camel. They were also very proud warriors and gave great status to men who were successful in battle.

In the 1880's Somaliland, as this region was known then, had been divided up under British, Italian and Ethiopian control. Resistance to this colonial rule came in the 1890's from the Dervish State, a group of armed soldiers, led by Sayyid Muhammad Abdullah Hassan. He was Somalia's religious and nationalist leader for 20 years and known by the British as the 'Mad Mullah'.

It is thought that the camel brand below may have been owned by Sayyid Muhammad Abdullah Hassan himself.

The camel's milk container was collected by a British soldier during their 1904 campaign against the Dervish State, at the time of the Battle of Jid Bali.

In 2016 a group of local Somali people living in Bristol came to see the objects at the museum.

The hair ornament was described by them as being 'worn by men before marriage and reflects their status and prowess, the bigger the feathers the braver the man. Bravery could be shown by fighting a lion alone'.

The sandals they recognised as being women's because of the heart-shaped heel.  They said 'these are walking shoes, but you couldn't walk very far or very fast in them as they aren't supported at the back - they make you shuffle along and drag your heels.  This makes a noise that means that people can hear you coming - similar to the click clack of the high heels for Western women.' 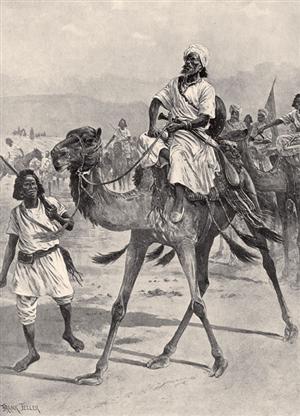 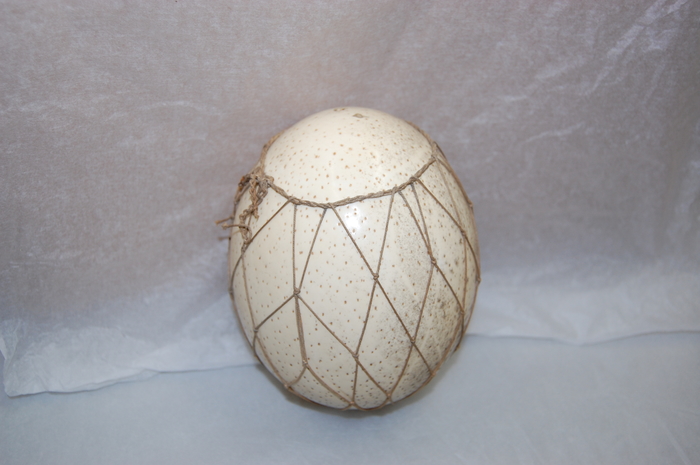 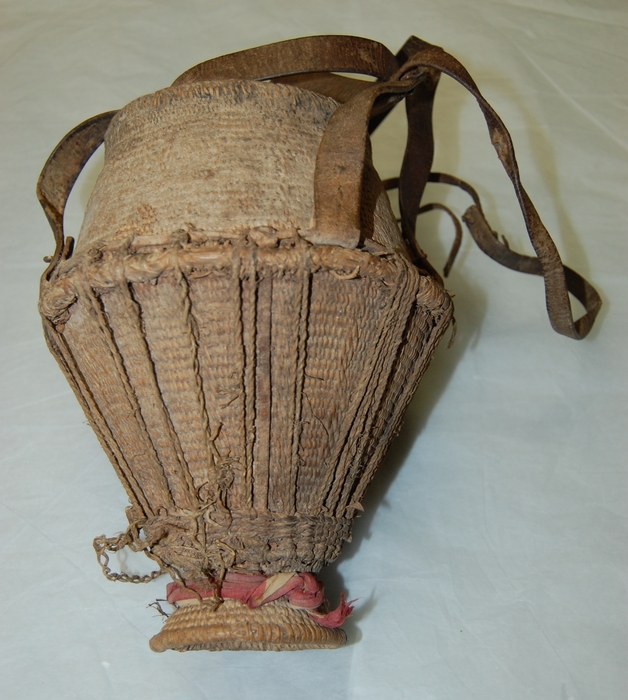 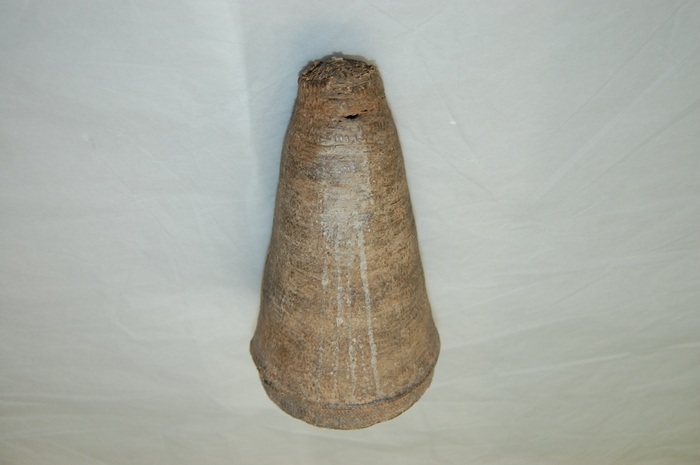 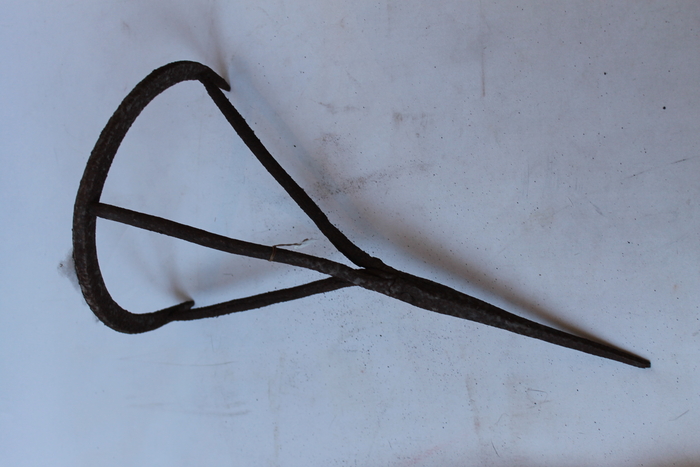 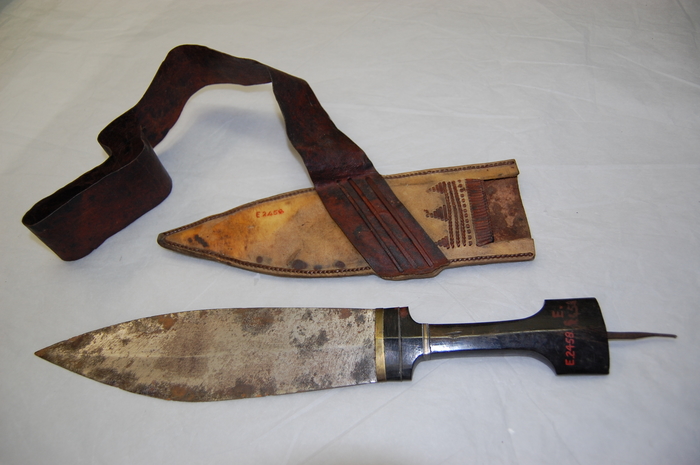 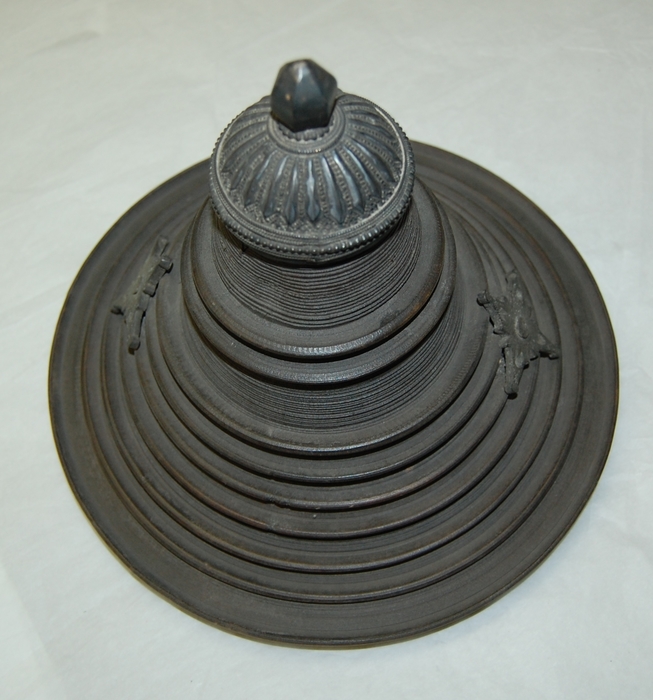 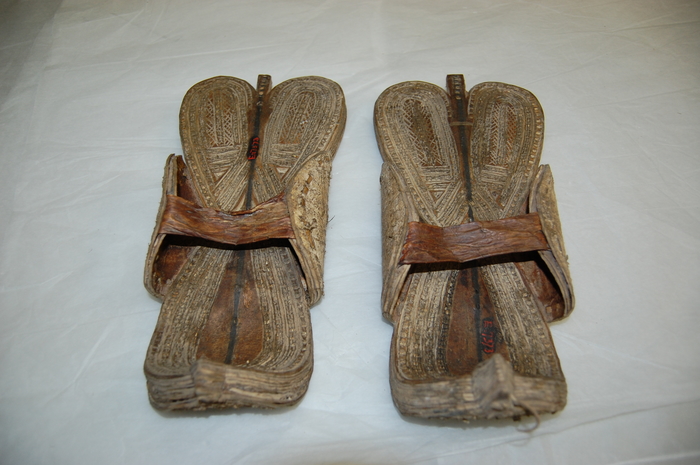