Cameras in the Avon Gorge

There are at least two C19th photographs in Bristol's collection showing cameras in the Avon Gorge. Each shows a cumbersome looking box camera mounted on a tripod, recording some aspect of the Gorge or an event about to take place in it. In one of these it has been possible to track down the actual photograph being taken, giving a unique pair of images - the tool and the result.

The makers of the photographs shown here have yet to be confirmed. However, by comparing them with others elsewhere in the Fine Art and Industrial & Maritime collections which have been identified, and also in non-Bristol collections, it is possible to narrow down the photographers to the following: Dr Charles Brittan (1832 -1897), John Beattie (1820-1883) and John Bevan Hazard (1832-1892). All three lived in Clifton and photographed the Avon Gorge during the 1850s to 1870s. Nowadays, they are regarded as pioneers, but at the time they were essentially passionate amateurs who could afford the necessary equipment and consumable materials. They also had the time to understand how the process worked and the enthusiasm and ingenuity to push the limits of an invention which was barely twenty-years old at the time.

Photography as a sustainable profession was certainly happening in Bristol from the late-1850s onwards. Taking place mostly in studios and shops, where an amount of control could be achieved over troublesome environmental conditions such as light levels. The mainstay of this work was the studio portrait, where the customer was also in effect controlled when his or her head was clamped into position by means of a neck rest. Long exposure times were fraught with anxiety, and working outdoors required a whole new level of resourcefulness and often sheer luck to create a usable image. The physical requirements of moving heavy pieces of equipment, tripods and boxes of plates to inaccessible places shouldn't be underestimated.

image: detail from a photograph showing a box camera on a tripod next to the River Avon, by an unknown photographer (Mb6014) 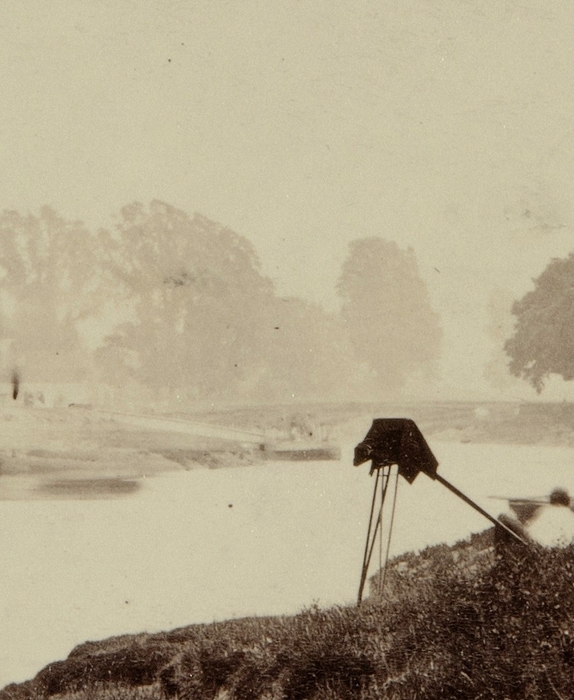 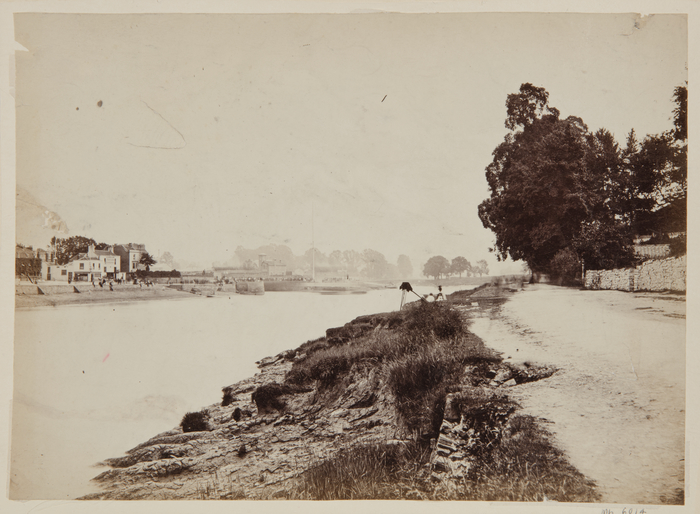 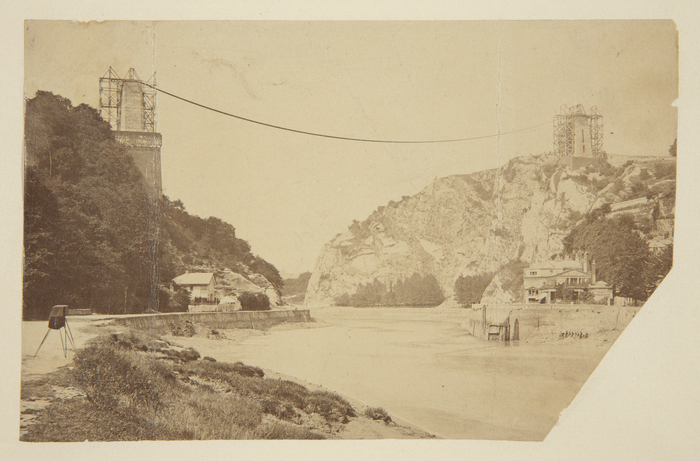 The Avon Showing the Suspension Bridge Scaffolding and Chains 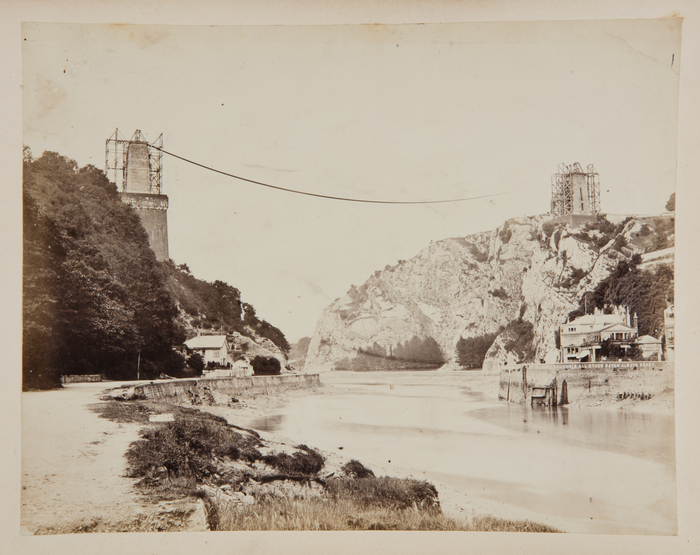 The Completion of the Suspension Bridge