On Sunday 7 June 2020 an estimated 10,000 people gathered in Bristol city centre to protest police brutality and racial inequality. The event was organised by All Black Lives Bristol, following the filmed murder of George Floyd by police officers in America.

The most notorious part of the protests in Bristol was the felling of a statue. After years of debate around whether or not a statue of slave trader Edward Colston should be taken down or re-interpreted, protesters pulled the monument to the ground. The crowd celebrated, and the statue was attacked and spray painted. It was then rolled along the road to the harbour, where it was flung into the water, next to Pero's Bridge (a bridge named after an enslaved man, brought to Bristol and owned by Bristol merchant John Pinney). This was recognised around the world as an historic moment, though debate about the event itself was fierce.

On the evening of the protests, the empty statue plinth became a gathering place, with people placing their placards around it. Mayor Marvin Rees issued a statement calling for unity among Bristolians moving forward. 'It's important to listen to those who found the statue an affront to humanity and make the legacy of today about the future of our city, tackling racism and inequality. I call on everyone to challenge racism and inequality in every corner of our city and wherever we see it.'

The following day, Bristol Waste collected the placards, on the instructions of the Mayor, and they were delivered to M Shed.

The statue of Colston was retrieved from the harbour on 11 June. The mud was cleaned off but the grafitti was carefully preserved.

The statue, six of the placards and background information about Colston were in a consultation display at M Shed June 2021 to January 2022.

The survey results have been analysed and initial findings and recommendations were included in a report written by the We Are Bristol History Commission, published February 2022. The survey responses will be archived and made accessible as a resource for those who wish to learn about this event in Bristolâ€™s history.

The statue will be added to Bristol Museums' social history collection and displayed at M Shed, hopefully in 2023. The fall of Colston - Marton Gosztonyi We the Furious - Keir Gravil 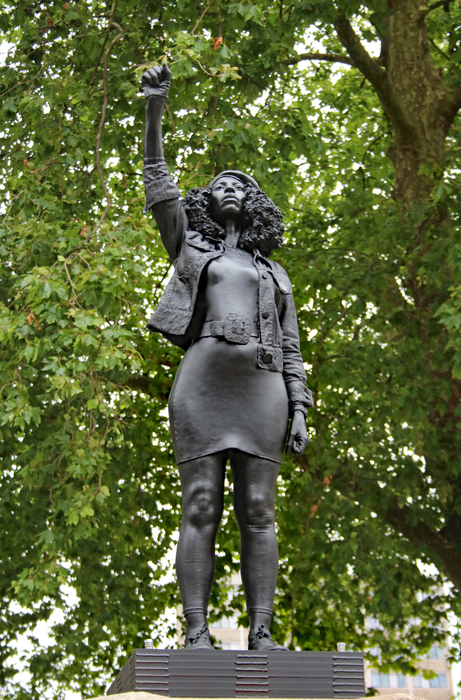