'The Black Lives Matter protests and the toppling of the Edward Colston statue marked a significant moment in our history as a city. Watching the news coverage that day I was aware that it was likely the team would be asked to support the conservation and documentation of items from the protest as part of our contemporary collecting programme. The first call we got was to help retrieve bin bags full of placards and banners that had been deposited at City Hall after they had been cleared from the protest site.

This had to be done in a COVID-secure way, which added to the challenges, particularly as we have all been home working for the past 3 months. Luckily Ellie, our paper conservator, and Linda, our Documentation Officer were able to come in to M Shed to support the curator Amber assess and document the objects.

Working in the Studios it quickly became apparent that a large portion of the placards were damp and needed to be dried out. They were also very smelly. It was important to dry them as quickly as possible to prevent mould developing and causing further issues. This was done by propping the placards against chairs and using paper towels to absorb moisture from particularly saturated examples. As this was being done the placards were also photographed and catalogued to ensure we were able to document this significant day in our cityâ€™s history. In total the team dried and documented over 550 placards over 2 days.

Then came the decision from the Mayorâ€™s Office that the statue of Edward Colston would be removed from the harbour and needed to be stored securely and stabilised. So after a very early start, myself and Linda arrived at the harbour to document the removal of the statue and ensure all material which came up with the statue was kept.

Once the statue had been delivered to a secure store I was able to assess it for damage and undertake the first, of what will be a number of stabilisation stages. After discussions with Amelie, our objects specialist, we decided that the mud and residues from the harbour could put the statue at risk of long term instability. Despite only being in the water for a few days, mud had filled the inside and obscured the evidence of what had happened during its journey into the harbour. We spent the morning removing mud from its inside with a hose and extendable brush and gently washing the outside surfaces. The painted graffiti was particularly at risk from the cleaning so this was done very carefully to ensure it wasnâ€™t washed off.

The condition, losses and additions tell the story of the protests and what that day meant to the communities that participated. The symbolism of his graffittiâ€™d body has been preserved and the significance it has for us is an important story to tell.

We also ended up with two surprise additions. Firstly a bicycle tyre which emerged from the harbour with the statue, and then the discovery of a clue to the people who fabricated the statue in Shropshire: A 1895 magazine rolled up inside the folds of his remaining coat tail.

After careful cleaning and drying we found someone had handwritten the names of those who originally fabricated the statue and the date of completion on the inside pages, adding another story to that of the statue, the men who made it.

Conservation treatment is ongoing. As the statue has dried the wax coating applied to the statue as part of its maintenance has become brittle and is lifting from the surface in areas. The added paint too is cracking and lifting in places. For the last 2 weeks the statue has been housed in a temporary â€˜tentâ€™ to try and slow the drying and therefore reduce the paint loss.

This week saw some of the team return to our conservation studios. Amelie will be undertaking a full condition assessment and creating a treatment plan in the next few days to prevent further deterioration. The next stage of the statues preservation is underway. We must stabilise the flaking surface layers first, to ensure the statue can be moved without causing any more damage.' 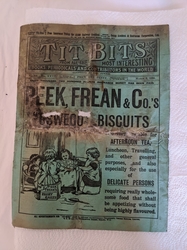