This oil painting, attributed to Philip Vandyke, shows the busy Broad Quay. The river at this point is now covered over and known as the Centre.

Bristol had been an important port since the medieval period, and the shipping in the river reflects the large amount of trade into and out of the docks. Dockers are unloading a ship using the dockside crane, and merchants stand discussing business amongst the workmen and shoppers.

The sled being used for carrying merchandise was peculiar to Bristol: wheeled vehicles were not allowed in the streets of the old city, because the weight on a very small part of the wheel could cause damage to the storage cellars just beneath the roads and pavements. 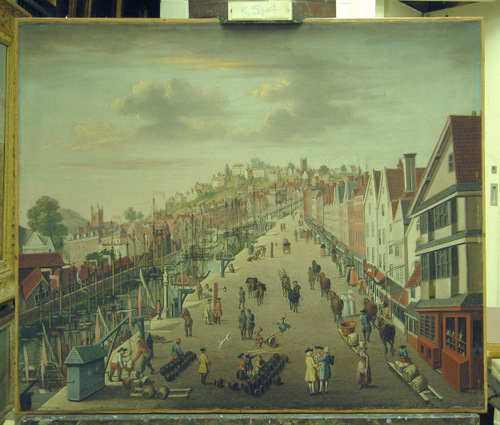 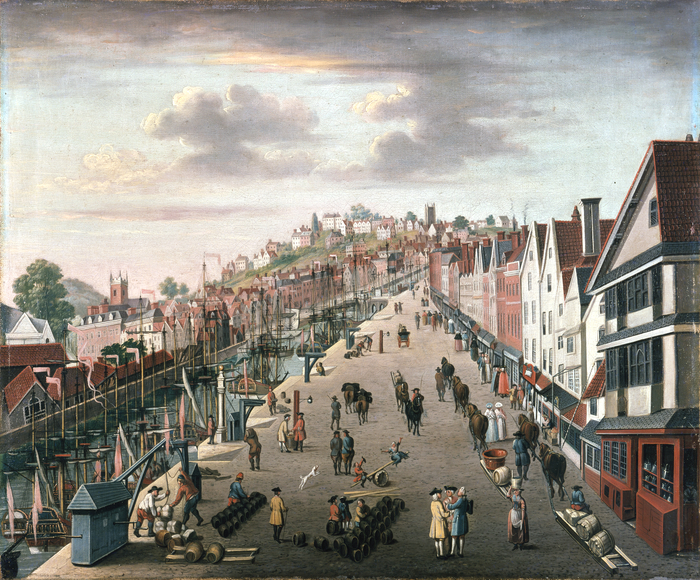