The Society of Merchant Venturers

Bristol has been a trading port for 1,000 years, for many years the second largest port after London. The trade was run by merchants, who developed into an elite body of the rich and powerful men in the city, incorporated by royal charter in 1552 as the Merchant Venturers of the City of Bristol.

By the early 1600s, Bristol's merchants traded mainly with Ireland, France, Spain and Portugal, and elsewhere in Europe. By the mid-1660s, tobacco, sugar and other raw materials from the Caribbean and America were coming to Bristol in large quantities, and this trade grew to about a third of all ships sailing to and from Bristol.

From 1663, the 'African' trade was limited to London-based monopoly companies. Merchants around the country resented this bar to free trade, and petitioned Parliament to open up trade to all. The Society of Merchant Venturers sent petitions in 1690 and 1694 '... for letting in the merchants of this Citty to a share in the African trade ...'.

After 1698, when the monopoly of the Royal African Company was lifted, Bristol merchants joined the trade to Africa to buy enslaved Africans and ship them across the Atlantic to provide the labour for the plantations in America and the Caribbean. For the city of Bristol itself, the wealth and trade generated by processing slave-produced commodities and supplying the plantations was actually greater than that of the slave trade itself. But the former could not exist without the trade in enslaved Africans to produce the commodities. 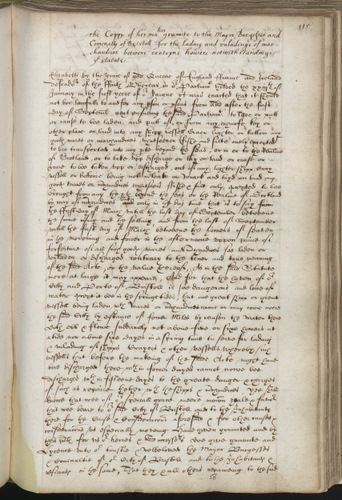