Paul Stephenson, a youth worker in Bristol, became involved in the campaign to reduce discrimination against black people in employment when Guy Bailey's application to be a bus driver was turned down. A visit to Ian Patey, Bristol Omnibus Company's general manager, confirmed that the company maintained a bar on employing black people, perfectly legally and with the support of the trade unions.

Stephenson was inspired to action by the American black civil rights activists, who were also taking action on buses. "You couldn't help but be impressed by Martin Luther King and what he was doing in America. But without Rosa Parks I'm not sure whether we would have embarked on our boycott. She was a huge influence on me. I thought if she could protest by not giving up her seat on a bus we could start a boycott."

Stephenson's idea attracted the attention of the national and international media, and the support of many leading politicians. Tony Benn, MP for Bristol South East declared "I shall stay off the buses, even if I have to find a bike" and Labour leader Harold Wilson stated "I'm glad that so many Bristolians are supporting the campaign to get it [the colour-bar] abolished. We wish them every success".

Eventually the colour bar was dropped after four months of negotiations between the company and the union. Stephenson was sidelined during this process and faced much hostility as he was accused of stirring up trouble unnecessarily. 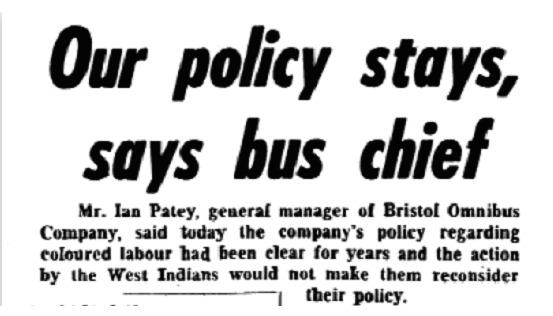 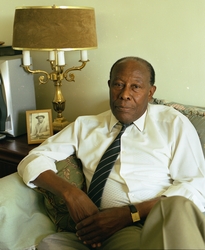