In 1831 there were serious riots in Bristol, Derby and Nottingham. In Bristol crowds of people looted and burned down buildings, including the Mansion House, the Bishop's Palace and the new jail. The riots were a protest at the House of Lords preventing the Reform Bill from passing through Parliament. More people would have the right to vote if the Reform Bill became law.

Before the Reform Act of 1832 just 5% of the population in England and Wales had the right to vote. The right to vote depended on a person's wealth: if you were a 40-shilling freeholder, (a small landowner), or wealthier, you were entitled to vote. Bristol had two MPs. Its population was 100,000.

The Bristol Riots were a reaction to the statement in Parliament of Bristol's Recorder (senior judge) Sir Charles Wetherell, that the people of Bristol were not in favour of reform. Actually, Bristol had gathered a petition of 17,000 signatures supporting the Reform Bill. Wetherell was also an MP for Boroughbridge, a 'Rotten Borough' in Yorkshire where just 48 men were eligible to vote.

Before Wetherell came on his annual visit to Bristol, public meetings were organised in Queen Square on 10th, 11th and 12th October. Demonstrators met Wetherell on his arrival in Bristol on 29th October, then full scale rioting broke out, and angry crowds of protesters held the city for two days. The authorities had arranged for two troops of cavalry (soldiers on horseback), the 3rd and 14th Dragoons, as well as for special volunteer constables ('bludgeon boys') to control the crowd. When the crowd attacked the Council House in Corn Street near midnight on the Saturday, the 14th Dragoons charged.

Two men were killed and there was a short lull during which the Dragoons were withdrawn. The officer in command of the soldiers was Lieutenant-Colonel Brereton. He believed that some of the Dragoons were actually causing more trouble and ordered them away.

Wetherell escaped dressed as a woman while the crowds stayed, looting the wine cellar of the Mansion House and becoming drunk and reckless. Over the next two days rioters broke into Bridewell Jail and Lawford's Gate Prison and set prisoners free. The Tollhouses, the Bishop's Palace and, in Queen Square, the Mansion House and the Custom House, were all attacked.

At dawn on Monday 31st October the destruction of the south side of Queen Square had begun when the 3rd Dragoons charged, bringing the rioting to a final and violent end.

It is uncertain how many people were killed during the Bristol Riots. Rioters were put on trial in January 1832. Seven were transported to Australia and 43 were imprisoned. Five others, Christopher Davies, Richard Vines, Joseph Kayes, William Clarke and Thomas Gregory, were sentenced to be hanged in front of the New Jail. Vines was reprieved. Lieutenant-Colonel Brereton, who had sent the 14th Dragoons away on the Saturday night, was court-martialled, believed by many to be a scapegoat. Tragically he committed suicide before the trial was concluded. 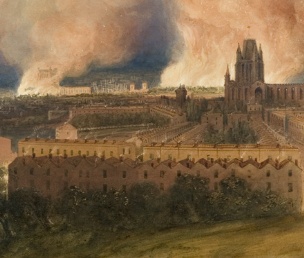 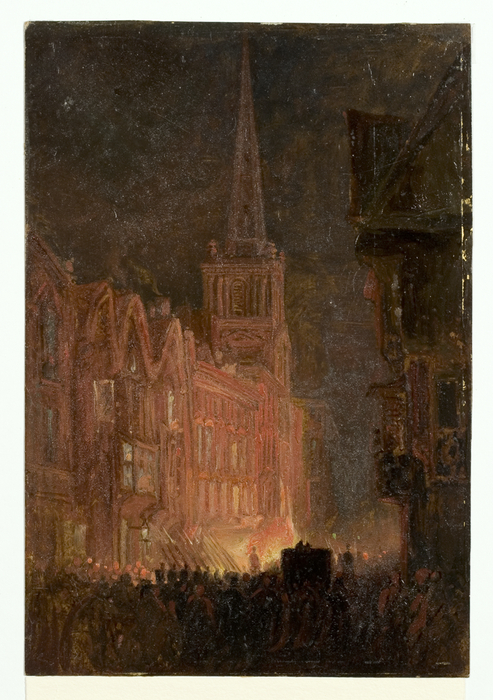 William James Muller The Burning of the new Gaol Muller, The Burning of the Custom House, Queen Square 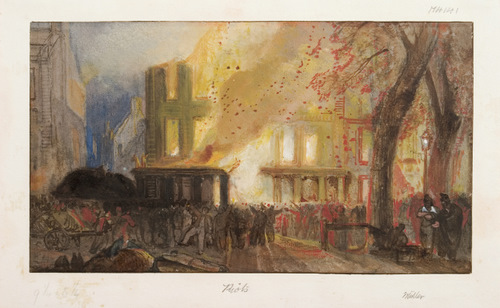 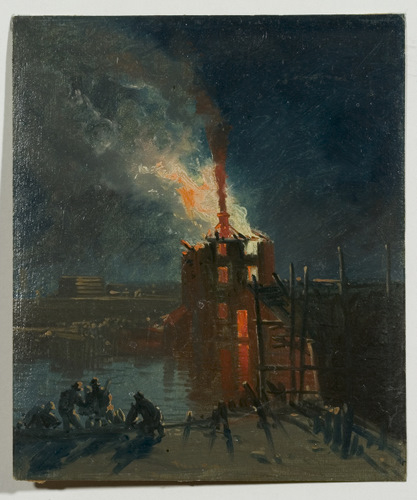 Samuel Jackson, View of Bristol From Clifton Wood, During the Riots of 1831 A True and Impartial Account of the Riotous Proceedings... 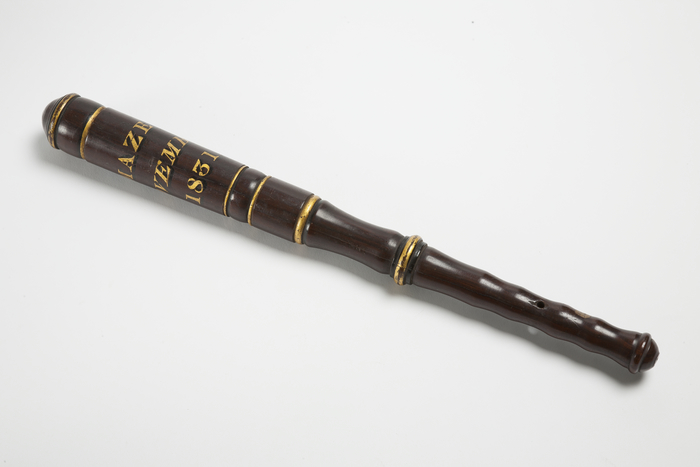 The Burning of the New Gaol with St Paul's Church, Bedminster

The Burning of the New Gaol with the Bathurst Hotel