Bristol has a far longer history of newspaper publishing than most cities. Here are just a few milestones.

1702: Bristol printer William Bonny starts the Bristol Post Boy. A 1704 edition at the Bristol reference library is the oldest example of a British provincial paper still in existence.

1715: Samuel Farley's Bristol Post Man is the first of many papers published by Farley family.

1839: Joseph Leech launches Bristol Times using Â£500 from his father; he had asked for his inheritance in advance.

1940-41: On some mornings during the Blitz, Bristol papers are just typewritten sheets. 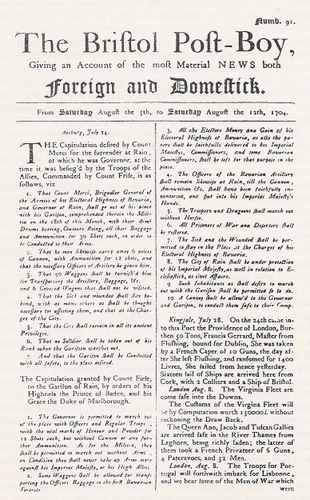