The tomb of Pharaoh Sety I

Pharaoh Sety I reigned over Egypt between 1293-1279 BCE (about 3,300 years ago). He was buried in a rock cut tomb in the Valley of the Kings, Luxor. By this time Pharaohs were no longer buried in a pyramid. Sety I's tomb was the longest, deepest and most highly decorated tomb in the Valley of the Kings. Every wall and pillar from the entrance onward was covered with scenes from the 'Book of Gates, the Amduat, the Litany of Re, the Book of the Heavenly Cow, and the Opening of the Mouth ritual'. These were expressions of the Egyptians' complex belief systems, believed to enable Pharaoh to reach the Afterlife. 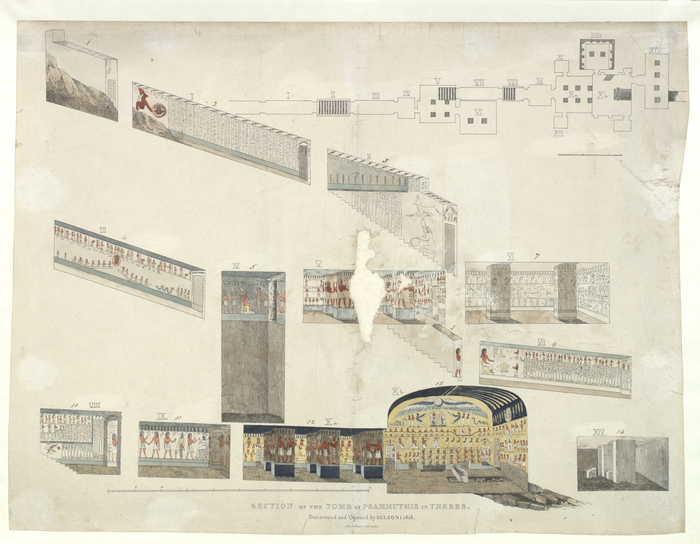