Star ceiling of the burial chamber

The astronomical map painted on the ceiling of the burial chamber showed the constellations of the night sky divided into hours. It was the first of its kind to be found by Europeans.

Stars were represented as gods and goddesses or star deities. Stars that were visible all night, revolving around the North Star, were the ones early Pharaohs identified with and wanted to join in the sky. 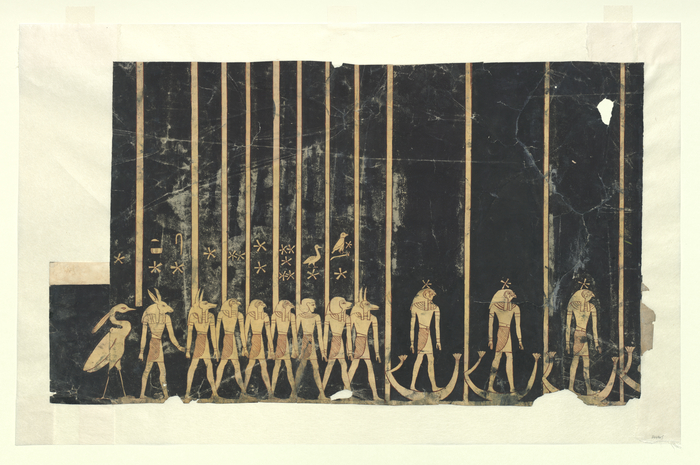