Shannon Guo is an educator, curator and artist, as well as the founder of twocities gallery, Shanghai. She is Director of the Jewellery & Metals Programme at the Fine Arts College of Shanghai University where she was responsible for establishing the metals programme. She started her talk with the infamous case of real estate billionaire Liu Yiqian drinking tea out of a five hundred year old porcelain tea cup that he bought for 36 million Hong Kong dollars. She described Liu's attitude as symptomatic of the current situation in China where antique ceramics have become the ultimate status symbols, commanding astronomical prices.

Shannon went on to describe the contradictions of the current Chinese craft scene: where traditional ceramic craftsmen continue to use traditional styles and techniques, the best of whom are awarded the status of 'national treasure' and are able to demand high prices for intricate copies of antique ceramics. These reproductions are often exchanged as luxury gifts behind the scenes of Chinese high-end business and politics.  On the other hand, artists working outside a purely traditional idiom struggle to find a market - a situation that Shannon Guo is working to change.

Shannon talked about the role of artists such as Jackson Li, who founded the Jingdezhen Sanbao International Ceramic Art village. She also mentioned the importance of universities as well as institutions such as the Shanghai Museum of Glass established in 2011, and the Liuli Glass Museum established by glass artist Yang Hui-shan (Loretta) in 2010, which have actively promoted Chinese crafts in recent years.

Shannon also talked about a range of young artists working in craft, and their efforts to not only find their own roots in tradition, but also express their individuality through their work.

Finally, Shannon talked about the role of her gallery, twocities, in promoting contemporary ceramics, studio glass, lacquer, metalwork and jewellery in China. Opened in 2005, twocities is more than a commercial space, as described in its mission statement:

Within every city, twocities simultaneously emerge. The first represents all that good and right and desirable; the second city, everything that we long to see changed. The twocities gallery seeks to help build the first city, through art and events that champion beauty, thoughtfulness and community. twocities is an institution of excellence, providing artistic, academic, commercial and spiritual opportunities for artists and art influentials to contribute to the 'good city'. 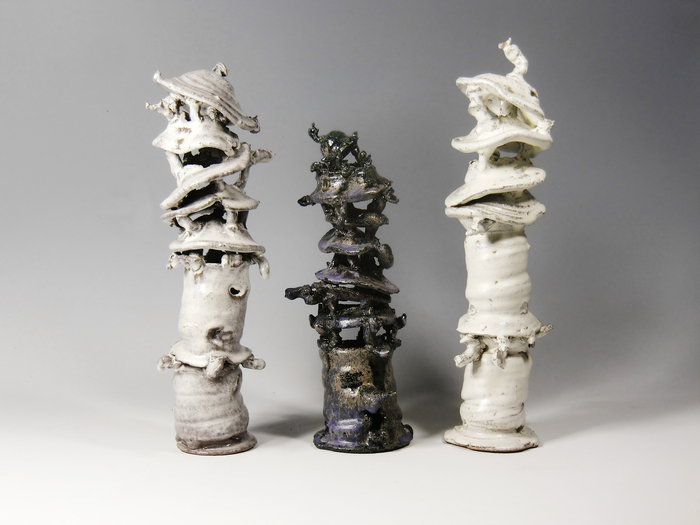