A solemn quietude: a studied look at the works of Liu Jianhua by Ying Tan (summary)

Ying Tan from the Centre for Chinese Contemporary Art shared her perspective as a fine art curator on artist Liu Jianhua, who uses Jingdezhen ceramics in his installations.

She first gave a brief outline of the history of the Centre for Chinese Contemporary Art, Manchester (formerly Chinese Arts Centre) as a UK gallery working mainly with artists based in China, Hong Kong and Taiwan, providing a wide and innovative range of exhibitions, residencies, engagement projects, festivals, symposia and other events over the course of its 29-year history.

Ying Tan then discussed the work of Shanghai-based artist Liu Jianhua. Liu has close ties with the historical porcelain centre Jingdezhen through his training as a sculptor at Jingdezhen Ceramics Institute. He uses porcelain in works such as Boxing Time (2002), included in the Harmonious Society exhibition, at the Asia Triennial Manchester 2014 festival, where fourteen cast porcelain gloves were suspended in pairs from the ceiling at different heights. Inscribed with the names of countries in their native language, the fragile gloves represent the national ideologies engaged in competition. From the same year, Shadows in the Water (2002), presents a porcelain skyline which creates an urban mirage through lighting and shadows.

In contrast to his more political earlier work, Liu Jianhua's works after 2008 became more solemn and meditative. Ying Tan talked about how Liu's work is concerned with creating 'a quietude', erasing so-called meaning and focusing on the spiritual experience artwork will give people, mentioning Liu's Blank Paper series (2009), on display at Pace Hong Kong in 2015, as an example. 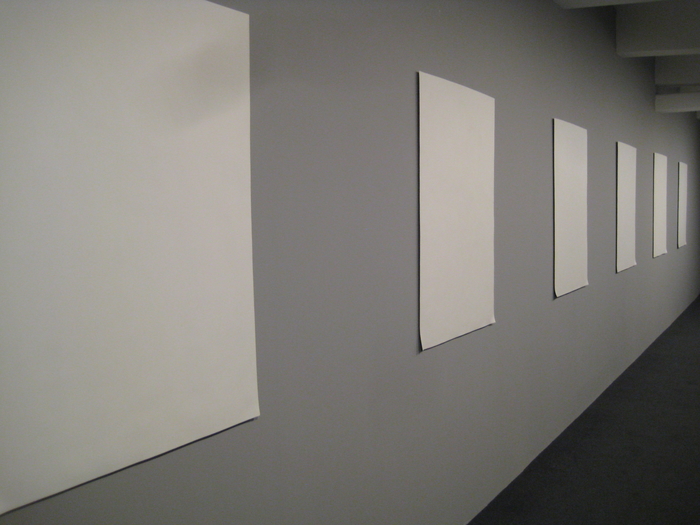