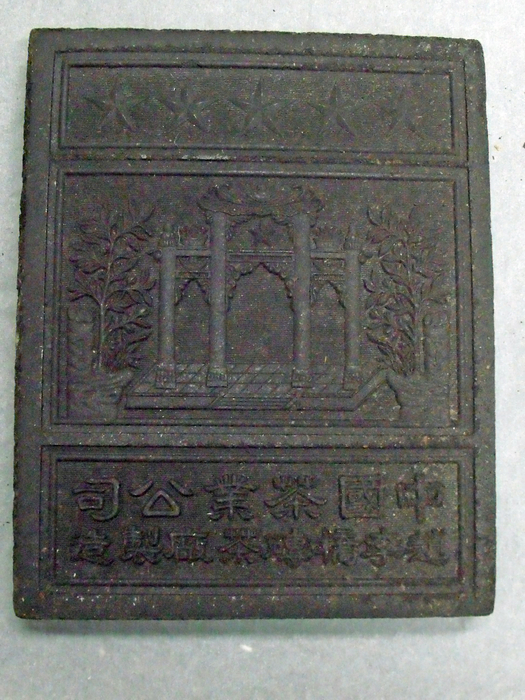 : Tea brick, made from compressed black tea leaves. The front is moulded into a picture of a Chinese arch or building, flanked by a tree on each side. Above the image are 5 stars in a horizontal line & below it is Chinese writing. All 3 sections are surrounded by a rectangular outline each. The back of the block is split into 16 rectangular sections, which would have made it easier for them to be cut into equal sections. The sections are decorated in a Chinese style. Tea bricks originated from the 9th century in the ancient spice trade routes of the Far East. In an effort to make tea more portable and to take up as little space as possible, tea producers compacted tea into tea bricks for easy travel. Tea bricks became so widely used and accepted that they served as currency during the 19th and 20th century in Tibet, Mongolia, Siberia, and Northern China.