When the Arnolfini art gallery redesigned its popular cafe in 1989 in a way that excluded disabled people, it was the catalyst for the formation of the Avon Coalition of Disabled People.

Ian Popperwell takes up the story...

"We were demonstrating in the usual slogan-driven way, arguing for 'rights not charity', demanding that they rip the new cafe seating out and go back to the previous ground-level seating arrangement. We involved the media and got some coverage.

The Arnolfini had no idea how to understand this or what to do about it, we stayed outside the building and didn't smash anything up so the police were not called. They agreed to meet with us which they did - they hadn't given it a thought (which was generally typical at the time).

I'm not sure that anyone really knew how to deal with us at the time, this kind of thing had never happened in Bristol before - Disabled people complaining, being angry, articulate, challenging, rude, obnoxious, stopping others do what they want, making demands etc. This very small demo at the Arnolfini represented something new for the city, but also for us - it was very powerful for us individually and as a group in terms of having a 'voice', doing something together, going public, having a sense of 'comradeship', re-launching ourselves as Disabled people 'a socially oppressed group' 'fighting for our rights' (what ever we meant by that at the time)." 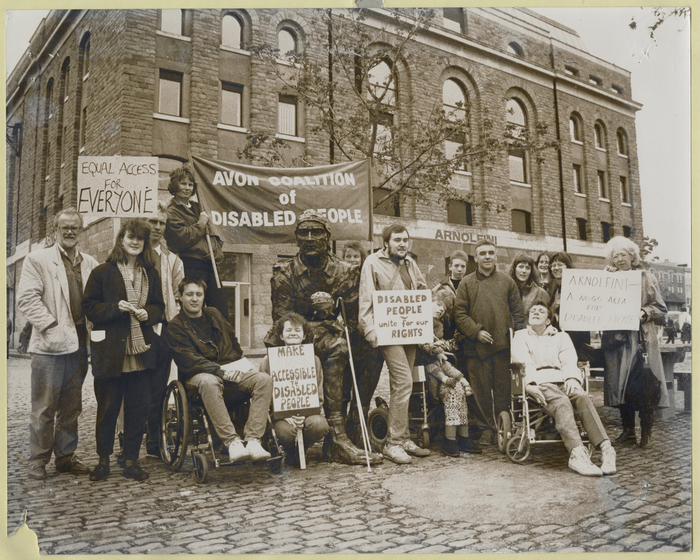