Here are images of flight, or ragged claws 'scuttling across the floors of silent seas', of excoriated flesh, frustrated sex, the geometry of fear.

The critic Herbert Read saw the alien sculptural forms of Lynn Chadwick as a reaction to the horrors that had been revealed in the death camps of World War II. Chadwick served as a pilot in the Fleet Air Arm. After the war he began to make sculpture. 'Idiomorphic' means 'having its own characteristic form' and this sculpture is unique, compared to the cast editions the sculptor produced. Chadwick welded iron rods to form the cage-like torso which he then filled with a mix of plaster and iron filings. He exhibited the Beast at the Venice Biennale in 1956, where he won the Sculpture Prize. 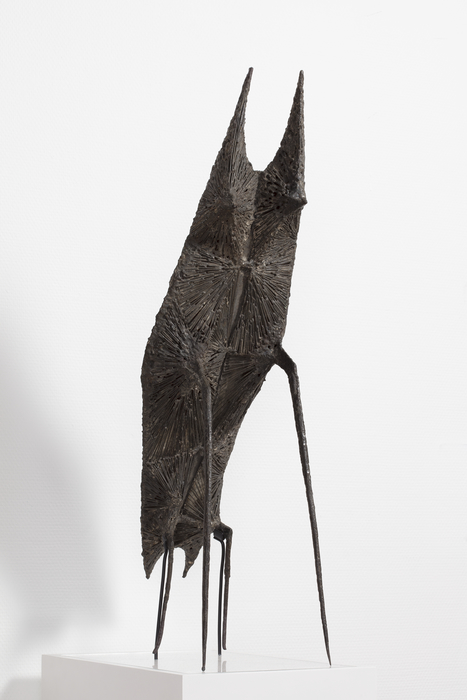 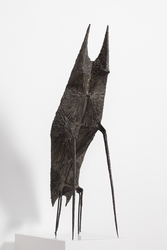 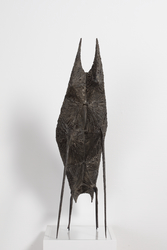 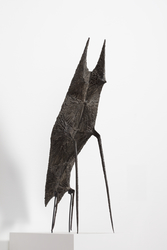 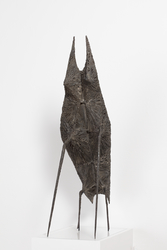 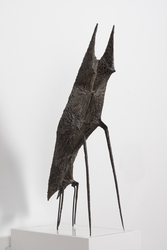 : a unique, welded iron sculpture, showing: a semi-abstract alien or beast-like figure with four limbs; the art critic Herbert Read has stated that the alien sculptural forms of Lynn Chadwick were a reaction to the horrors of the death camps in World War II, in which the artist served as a pilot after a period of conscientious objection; the word 'idiomorphic' is often applied to crystals and means 'having its own characteristic form'; the artist began work on his sculptures without any preconception of what they would look like, and they often turned into beasts during this process of making; this work is made of a mesh of welded iron rods