The emphasis is on the local, so there is a series of coins minted at the Bristol Mint, from the 11th century under Aethelred II to the 17th century under William III. There are also archaeological finds, from the Iron Age Dobunnic tribe, the Romans and official and unofficial coins issued by the kings and queens of England and Britain from the Anglo-Saxons to the Second World War. The collection includes some important hoards acquired under the Treasure laws, from the Welsh Back Hoard of Tudor silver coins to the Thornbury Hoard of 15,000 plus Roman coins.

The Bank Notes are mostly local, a collection made by the Cave banking family, and cover the many small private banks operating in the City in the 18th and 19th centuries.

Bristol Museum and Art Gallery also holds a large collection of Bristol token coinage, both the 'official' Bristol farthings of the 17th century and the many private issues of token coinage by local traders and companies.  The majority of the latter are from the Dalton bequest, and may be seen as the type series as published by Dalton and Hamer.

The Medals collection is large, including military, civilian and commemorative medals. The Military collection is built upon the Eberle bequest relating especially to the Indian Mutiny and the Crimean War. More recent collecting extends this through two world wars to the late-20th century. The emphasis is on the local Regiment, the Gloucestershires, and Bristol people.

Commemorative medals include a series of medallions issued to mark the stages of the Abolition campaign against the slave trade and the institution of slavery. 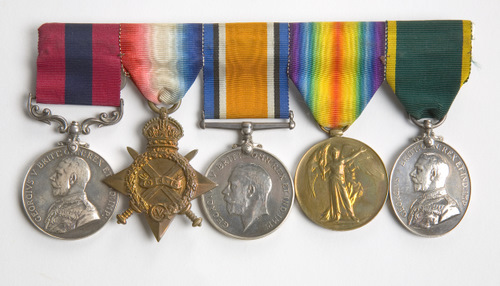