The term 'Benin bronzes' refers to objects made of bronze or brass that once decorated the royal palace of the Oba, or King, of the West African empire of Benin. Benin City, in what is now Southern Nigeria, was its capital. This empire began in the 1100's, was its its height in the 1500's, and lasted until it was destroyed by British colonial forces in 1897. During the time of the empire the king was the only person brass casters could make work for. The metal of brass was highly valued as it was rare and expensive. When new, it would have been red and shiny, symbolising royalty and beauty, but the metal also does not corrode or rust with time, signifying the continuity of the kingship. In the Bristol collections we have two items from the royal palace (Ea7821 and Ea9870) and several other bronze sculptures that have been made in the last few decades. These more recent sculptures were made in the workshops of metalworkers in Benin City, carrying on the traditions of the royal court but for sale to tourists and locals as decorative souvenirs. 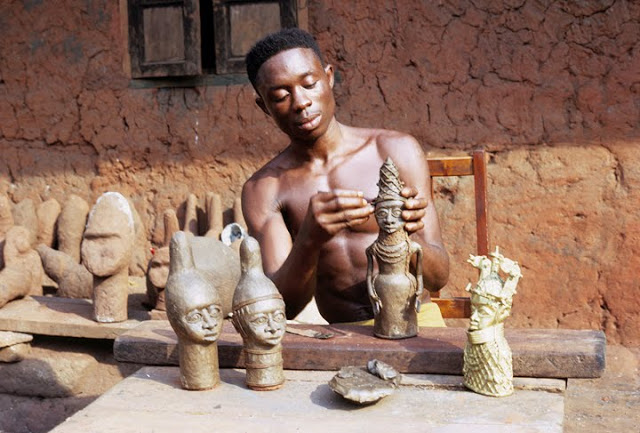 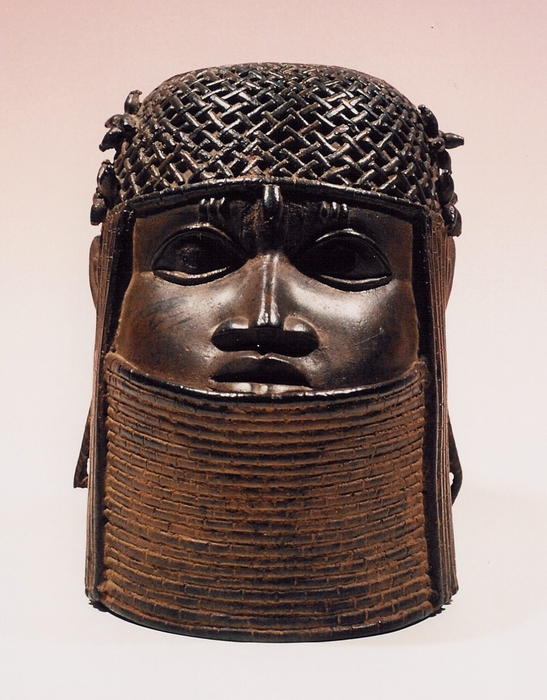 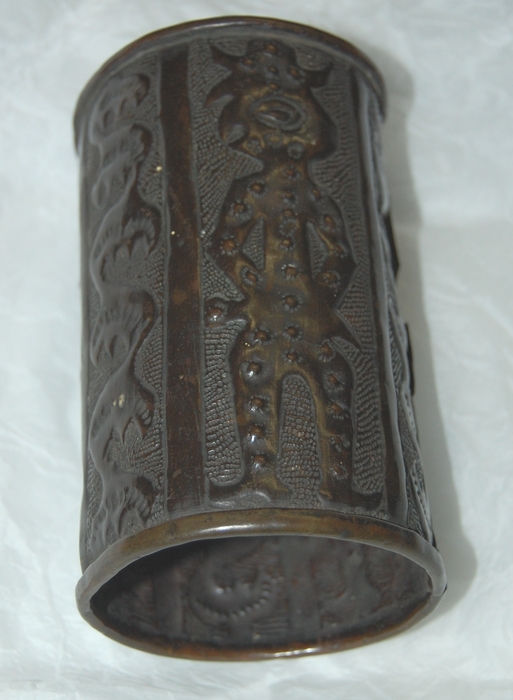 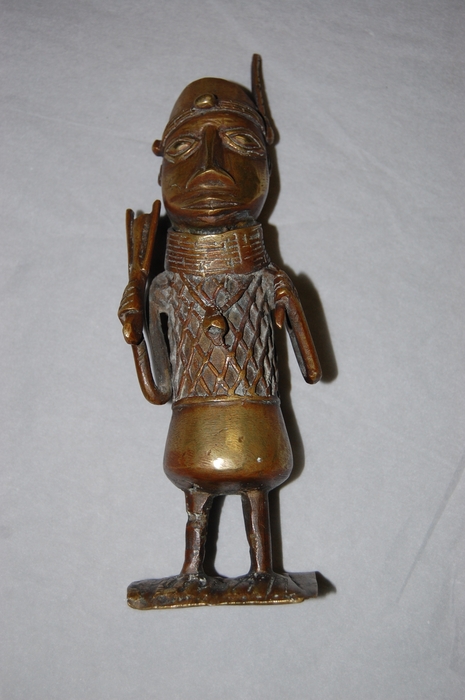