Government recruiting posters were an important way of convincing people to support the war effort.

Many played on popular stereotypes about Germans, or targeted particular groups like citizens of the empire.

The cost of war to the empire was huge. Countries like Australia and New Zealand lost almost as many men as Britain, proportionate to their population. 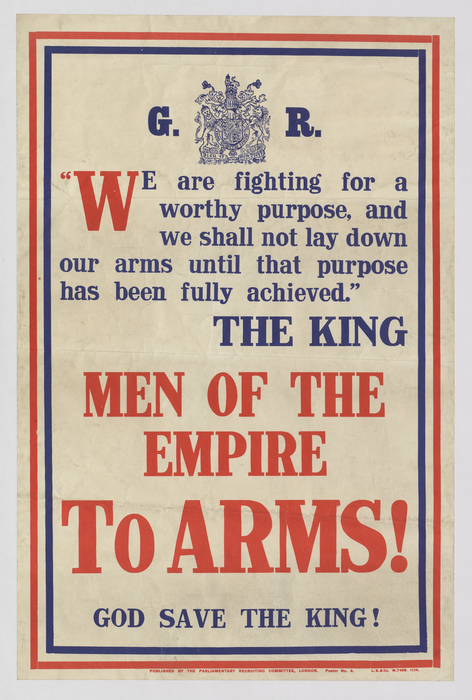