This picture is from the album of an unidentified soldier, believed to have been a member of the British Armyâ€™s Pioneer Corps stationed in Egypt.

Working alongside the unit were members of the African Pioneer Corps, such as those pictured here. They were recruited in Southern Africa during WW2 to work on light engineering tasks.

A number of photos in the album show British and African soldiers working and relaxing together, suggesting that the regiments were well integrated.

In the unitâ€™s five year history, 216 members lost their lives. One of them was Sergeant Major Opiyo (far left, middle row), who died in Palestine. 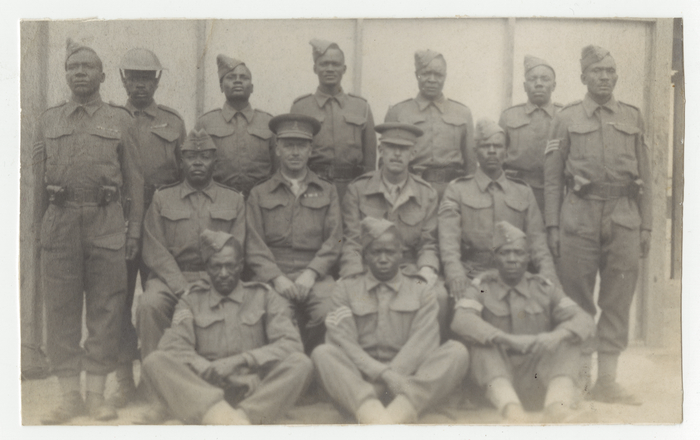