Then: The Khoja Mosque on (then) Government Road & Swamp Road, Nairobi, decorated with light bulbs and Union Jacks for the visit of Princess Margaret in September 1956. The mosque was built in the Victorian British style to accommodate the architectural tastes of the colonial government. From the East Africa Railways & Harbours collection, ref. 2002/133/1/1/28 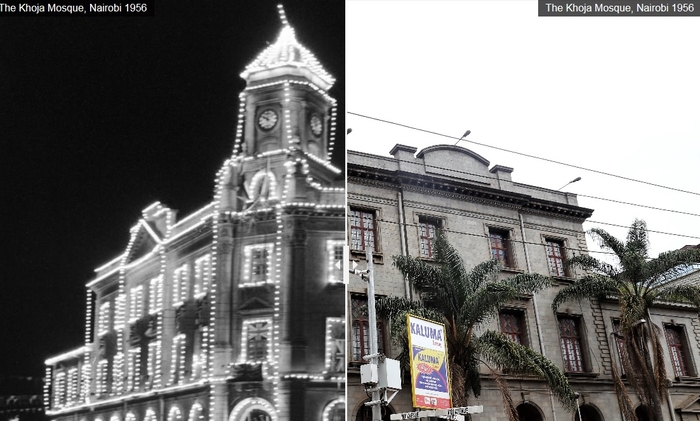