Now: The Royal Technical College became a university college in 1961 and an independent university, University of Nairobi, in 1970. It was the first national university in Kenya. The university has now grown in leaps and bounds. Notice the new University Tower on the left-hand side in the background and the fountain in the foreground. Photograph: Chao Tayiana and Jones Waihenya 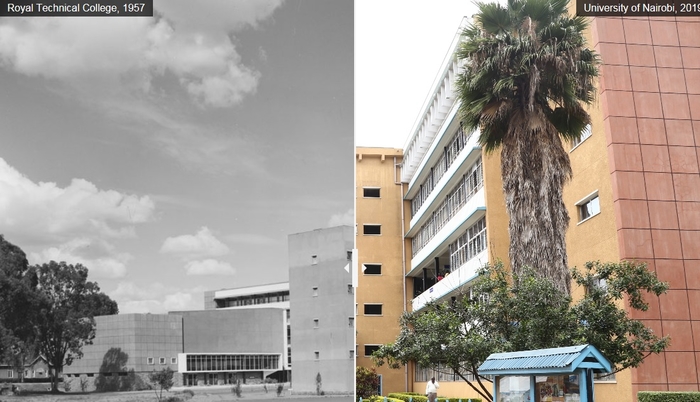