Then: Exterior of St Stephen's Church, Nairobi, which was built as the "African Cathedral” and at one time had the largest congregation in Africa, 9 September 1954. From the Trotter collection, ref. 2001/090/1/1/6234.

Now: St Stephen’s Cathedral remains on the site at Jogoo Road although the cityscape around it has changed dramatically. Notice the new perimeter fence and the advertisement boards. Photograph: Chao Tayiana and Jones Waihenya 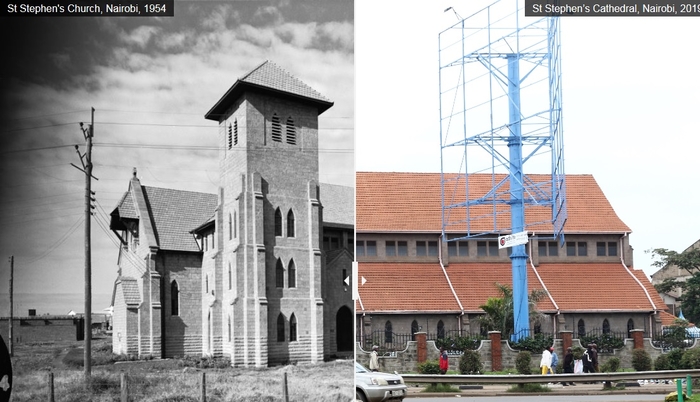