Then: View of Hardinge Street from the old Torrs Hotel, showing the old New Stanley Hotel, 9 November 1952 (with the rounded roof on the right-hand side). The statue of Lord Delamere is situated in the roundabout. From the Trotter collection, ref. 2001/090/1/1/3213.

Now: View of Kimathi Street. The old New Stanley Hotel has been demolished and rebuilt in a new style. The Torrs Hotel and the Delamere Statue and roundabout have been removed. The Torrs Hotel building is now occupied by Stanbic Bank. Photograph: Chao Tayiana and Jones Waihenya 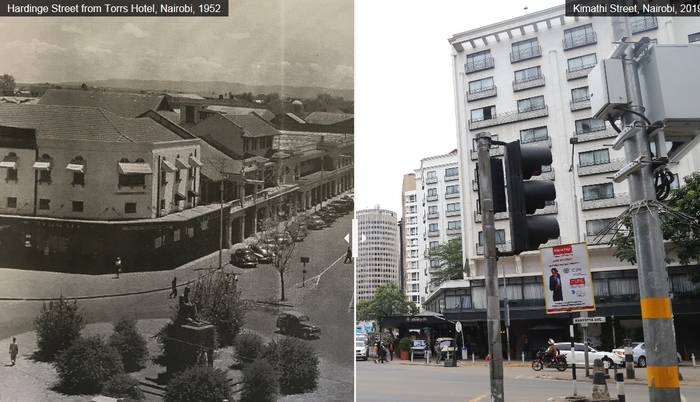