On 18 March 2020, we were told that schools were to close until further notice, except for the children of keyworkers and the most vulnerable children. Most families became responsible for homeschooling, At the same time as homeschooling, many parents were also working from home. A lot of them enjoyed spending more time with their children, many struggled to balance their time.

There were varying amounts of direction from schools. Some Bristol schools set work daily, some provided online classes, and some marked submitted work. Some schools re-opened in July, others stayed closed until September.

We would love to hear your stories about studying in Bristol in 2020. 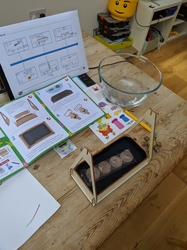