In the early 1700s, an enslaved African boy lived in the Great House at Blaise as a servant to the 7th Earl of Suffolk. His master and mistress called him Scipio Africanus but we don't know his real name. He died, aged 18, in 1720. His gravestones were erected in Henbury Churchyard, though his burial is not mentioned in the church records. It is a very rare memorial to an enslaved person, and a place of pilgrimage for many people.

The footstone reads: 'I who was Born a PAGAN and a SLAVE Now Sweetly Sleep a CHRISTIAN in my Grave What tho' my hue was dark my SAVIORS sight Shall Change this darkness into radiant light Such grace to me my Lord on earth has given To recommend me to my Lord in heaven Whose glorious second coming here I wait With saints and Angels Him to celebrate'.

The original placement of the gravestones is unknown; they are believed to have been put in their current position sometime after 1840. The headstone and the footstone are though to have been made by different people.

The gravestones were painted around 1920-39, in the 1960s, and again in very bright colours, without diocesan permission or archaeological supervision, in August 2006.

In June 2020, the head and foot stones were vandalised, in response to Black Lives Matter protests in central Bristol. A fundraising campaign raised the money for repairs. 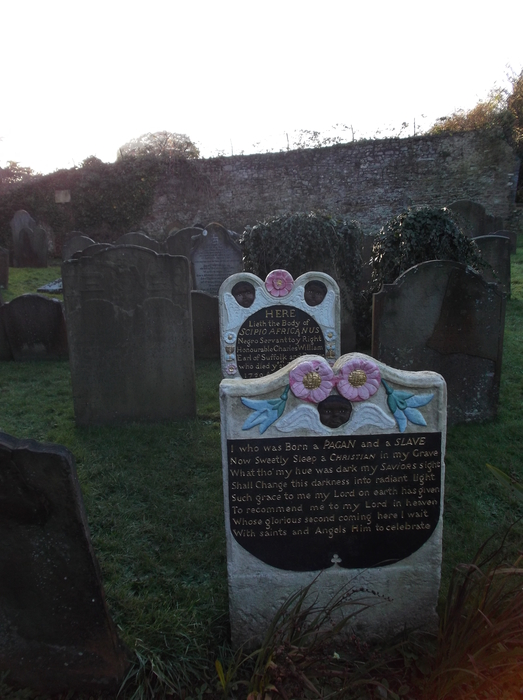 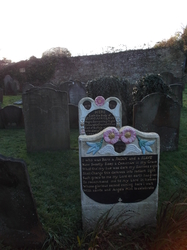 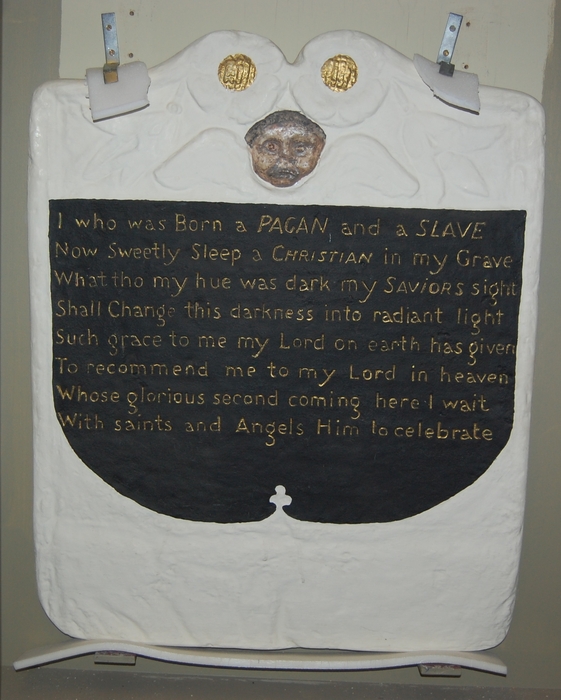 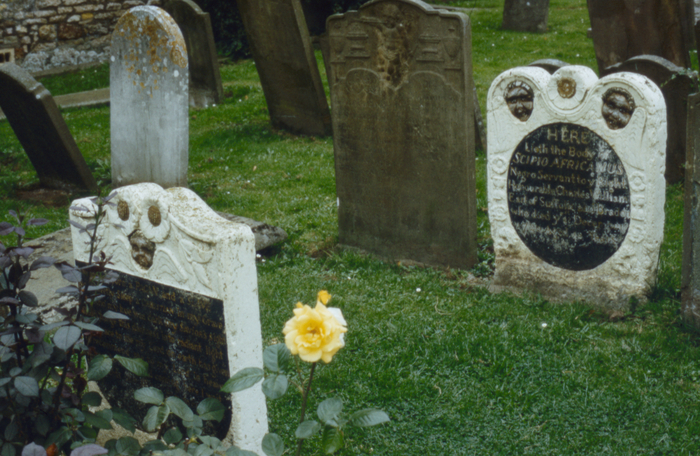 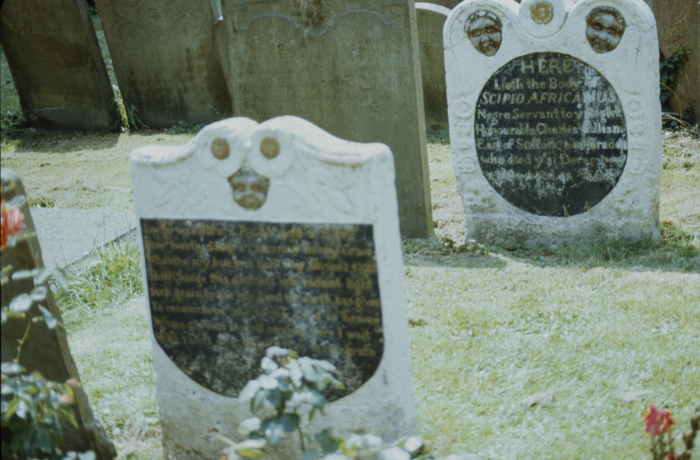