A Black man raises his hands and eyes in prayer before a dramatically clouded sky. To the left, positioned just behind the main character, is the figure of a young white woman. She looks up to him while holding a small book. From the remains of a torn label on the back of the painting we know that both figures were modelled on real people, although only the man's face looks like an actual portrait. We hope that future research will allow us to uncover both names..

This painting was first exhibited in 1827 at the Society of British Artists in London, accompanied by a poem entitled The Young Catechist by Charles Lamb. From a white British perspective in the 1820s the picture and poem tried to convey an anti-slavery message of religion and equality typical of the time - a Christian missionary's daughter teaching an African man how to pray - but the story of the image itself is more complex. Close examination of the painting reveals that the artist originally only painted the man and added the young woman as an afterthought. 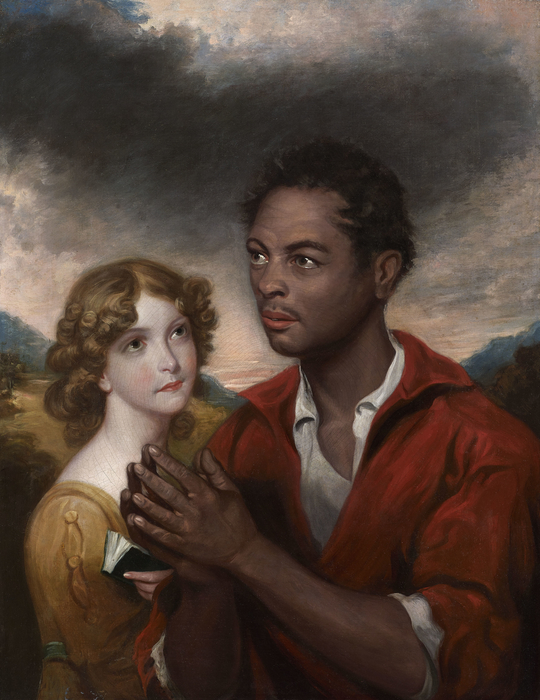