... for health, convenience, and excellent arrangement is not to be equalled in England, commanding extensive views of the surrounding country. ... The boundary wall (20 feet high) is built of hewn variegated marble from St Vincent's Rocks, which has a beautiful appearance.

Bristol New Gaol opened on the Cumberland Road in 1820. Architect Henry Hake Seward was commissioned by the Corporation to design a new state-of-the-art prison in 1816, as conditions in Bristol's other gaols were so appalling. It cost Â£60,000 (Â£2million today) to build and was designed to hold 197 men and women in single cells. More attention was paid to prisoner welfare than ever before by supplying inmates with hot and cold water, gas lighting, good bedding and an improved diet. As a result it was considered the most modern gaols of its day and a model to be copied throughout the country. Shortly after it became operational a 'drop' for public executions was ordered. It was used for the first time in 1821 for the hanging of John Horwood.

The New Gaol was attacked by rioters in 1831 and set on fire but after public order was restored it was repaired and continued to be used until 1883. It was replaced by Horfield Prison in 1884.. After being sold to The Great Western Railway in 1895 all of its buildings, except for its gatehouse that can still be seen on Cumberland Road, were demolished. 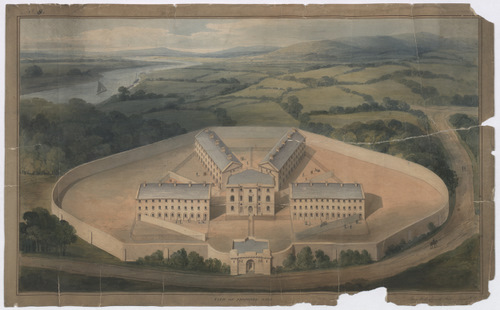 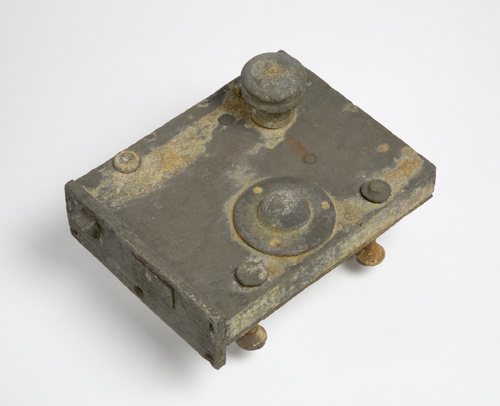 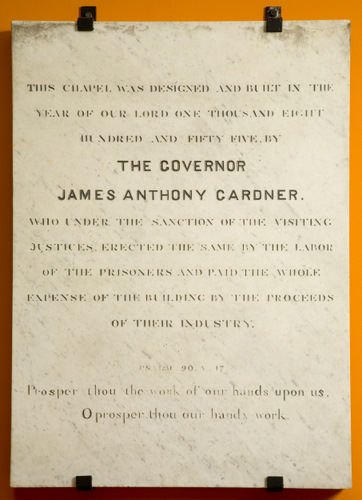