The Bristol School of Artists

I want to paint ... it's oozing out of my fingers'. (William James MÃ¼ller)

William James MÃ¼ller was born in Bristol and died here, aged only 33, after an extraordinarily productive life. However, it is only in his early career that he can be considered a Bristol School artist when he painted some local landscapes romanticised with imaginary details. He was briefly apprenticed to Pyne in the late-1820s and quickly learnt all he could from him. He was a member of the weekly drawing meetings in the early 1830s, when there was less involvement from the amateurs and patrons than there had been in previous decades. At the age of 19 he witnessed the destruction of parts of Bristol during the 1831 Bristol Riots, which he recorded in raw and brilliant oil and watercolour sketches.

MÃ¼ller was ambitious to succeed nationally and travelled in Europe and further afield in search of novel subjects to be worked up into oil paintings for exhibition in London. As with so many of the Bristol artists, he left the city to live in London to further his career. He was among the first artists to visit the Middle East and his watercolours made in response to the scenery of Egypt and Lycia in Turkey are amongst the finest in 19th-century British art. Many of his oil paintings are displayed in the Picture Room at Blaise Castle House Museum, part of Bristol's museum service. 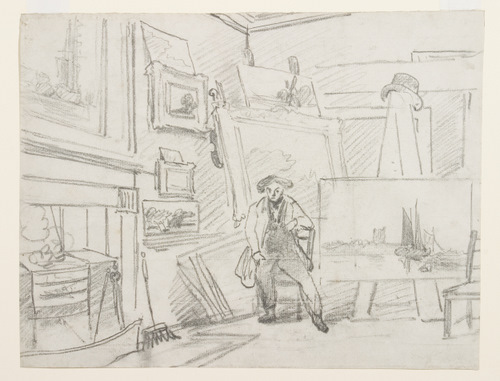