The work by the German sculptor Wilhelm Lehmbruck (1881-1919) was influenced by Expressionism, thus seeking to express emotional experience rather than physical reality. His female nudes often only show a fragment of the female body, such as the torso here. Later Lehmbruck created more elongated figures, marked by a sense of melancholy. His close friend, the architect Ludwig Mies van der Rohe, incorporated his sculpture Torso of a Walking Woman, into the modernist design of Villa Tugendhat in Brno (1928-30), the Czech Republic. 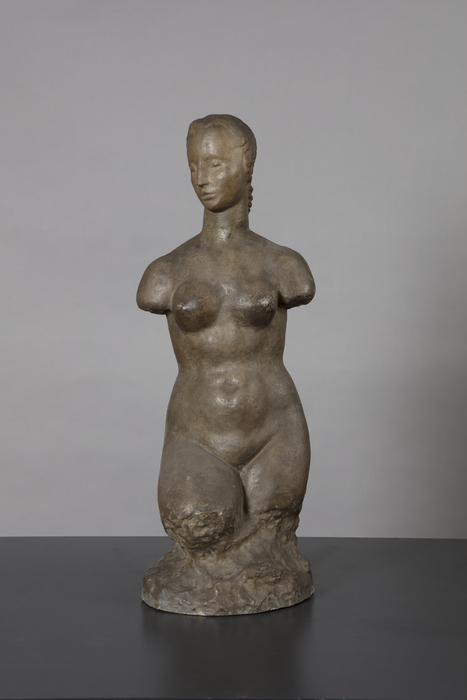 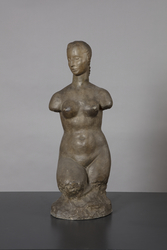 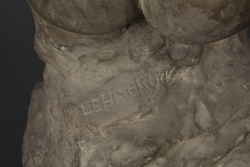 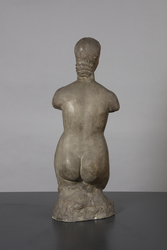 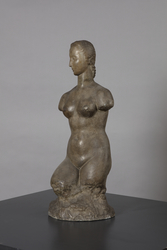 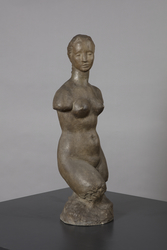 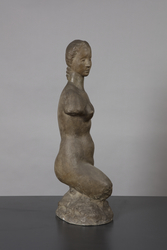 : a cast stone sculpture, showing: a three-quarter length female figure; the work of Wilhelm Lehmbruck (1881-1919) was influenced by Expressionism, and his female figures often show just a fragment of the body; after his early death, many of his sculptures were recast in bronze, and there are three such casts known to have been taken from this work

: Purchased with the assistance of the National Art-Collections Fund (now The Art Fund), 1959.