Divine Ceremony- Funerals in a Pandemic

Divine Ceremony launched as an independent funeral directors in 2015. It was founded by Dee Ryding, a celebrant and funeral director. Her ethos is openness, death positivity, and meaningful ceremonies and support.

In 2020, funeral numbers and the length of services were restricted. It was thought that funerals might be cancelled completely at one point.

Ceremonies started to be livestreamed much more widely, with varying degrees of success across the UK. Online funerals were out of the comfort zone of many people now responsible for them. Dee's background in television was a huge benefit for broadcasting funerals successfully. Divine Ceremony used an online tributes page for uploading photos and memories, and a portal for livestreaming the memorial service. Friends and family could upload an image of themselves, a candle, or the place they were watching the ceremony from, to create a sense of community. It felt important to Dee that people unable to attend in person could still feel like a part of the ceremony and interact with each other if they wanted to.

Dee found that the enforced intimacy of small funerals was often beneficial to grieving families. They had some privacy and could sit with their own grief. Suspended grief was an enormous concern though.

When florists closed, Dee did a call out for flowers from people's gardens, on the Divine Ceremony Facebook page. The response was really positive, and families were really touched by donations from people they didn't know. Some of the people giving flowers would have been attending funerals themselves under normal circumstances so they were thankful they could do something positive. Dee gave rose quartz hearts to the people who regularly donated flowers.

Divine Ceremony hoped Coronavirus would be a prompt for change in the UK. Digital funeral processes, previously regarded as impossible, became possible. Traditionally, Dee felt that funeral care was very segregated. A working death group now operated in Bristol with mortuary workers, funeral directors, and Bristol City Council. Conversations about greener choices and environmental impact became more of a priority. 2020 was an opportunity to reassess death, grief and funerals for a more positive future. 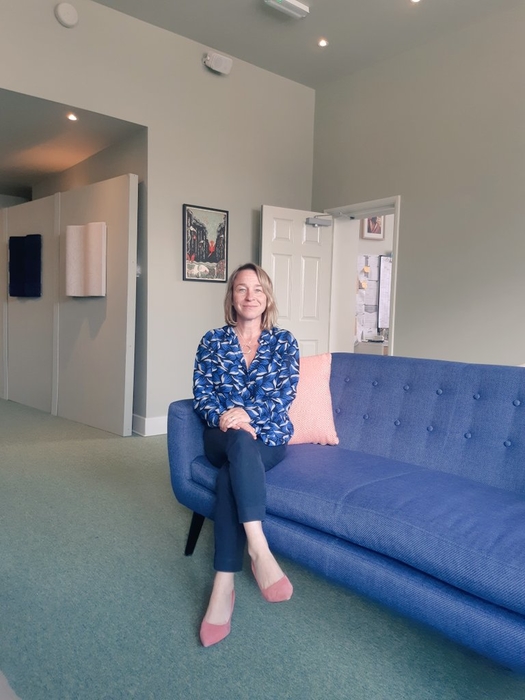