Contemporary Chinese Ceramics in Ahead of the Curve

Ahead of the Curve showcases the work of 15 ceramic artists ranging from young artists at the beginning of their career, to seasoned veterans of the field. Nearly all of them have a connection to the city of Jingdezhen in Jiangxi Province. Today's ceramic artists are drawn to the high quality of Jingdezhen's porcelain clay, its ten centuries of history as a major ceramic manufacturing centre and the traditional skills practised in its workshops.

The 15 ceramic artists in the exhibition approach their craft from different traditions and positions. Some artists hold academic positions, for example Zhao Lantao, a lecturer on Jingdezhen Ceramic Institute's Ceramic sculpture programme. Other artists, such as Wang Ping, focus on finely crafted functional ceramics to furnish the recent revival of interest in Chinese scholar's desk accessories and the Chinese tea ceremony. Other artists, such as Chen Guanghui and Huang Chunmao, work in the language of installation and performance art. While many of the artists in the exhibition have teaching positions in state universities, others such as Wan Liya started their careers in the new independent exhibitions and art movements of the late 1980s and 1990s.

The artistic heritage of Jingdezhen often shines through the subject matter of the works. For example Peng Zanbin's Updated Antiquities is a shrewd commentary on the current passion amongst Chinese customers for replicas of historical ceramics. Other artists like Wan Liya and Shao Changzong collaborate with traditional craftsmen over the complex process of producing designs in coloured enamelled glazes on their works. Xu Hongbo takes it one step further and collaborates with workshops making every-day functional ceramics. He believes that he is reviving the 'communal production' system of imperial times, whereby a ceramic vessel was not the product of single artist's labour, but the result of the efforts of multiple specialised craftspeople (throwers, decorators, kiln technicians etc.) Xu Hongbo argues that communal production methods should be embraced and that these can provide unique possibilities for artists.

The work of the artists in Ahead of the Curve responds to international contemporary art as much as to Chinese tradition. Zhang Jingjing, whose studio lies in a former porcelain figurine factory and whose work is heavily inspired by Song dynasty ceramics, writes: 'My pieces reflect the influence of tradition, but nevertheless, I refuse to be confined within it.' The minimalism of her Spring Up Series is reminiscent of both contemporary sculpture and the restrained aesthetic of Song dynasty Chinese functional ceramics.

Jiang Yanze works in bone China, a type of clay developed abroad, whilst Wang Xiao uses local enamelling techniques on his figures in a palette inspired by his love of Modernist oil painters such as Italian painter Amedeo Modigliani.

Wu Hao trained under Japanese Sodeisha studio potter Sato Shi. He compares his experience of Japanese and Chinese audiences reacting to his work in a cautionary tale about applying national labels to works of art:

'According to Japanese custom, I would 'keep watch' on the floor of my exhibition. Once I overheard some people saying: 'Oh, evidently it's the work of a Chinese person.' [After I returned to China], I mostly heard the phrase 'Evidently here's someone who spent time in Japan'. I hadn't consciously changed my technique and style, so then why these two completely different positions? The answer lies in the spectators' gaze. The cultural baggage of the public will greatly influence what cultural attributes they will see in the work.' 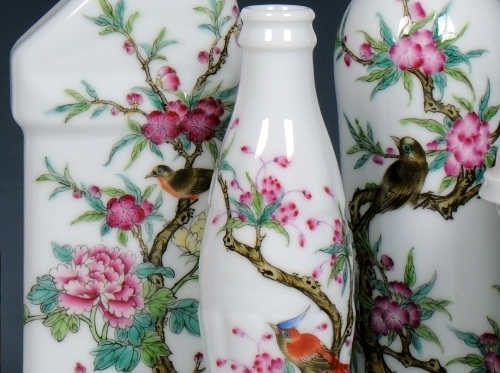 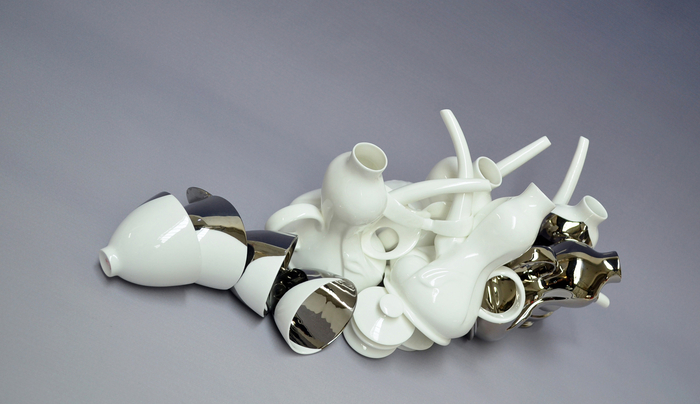 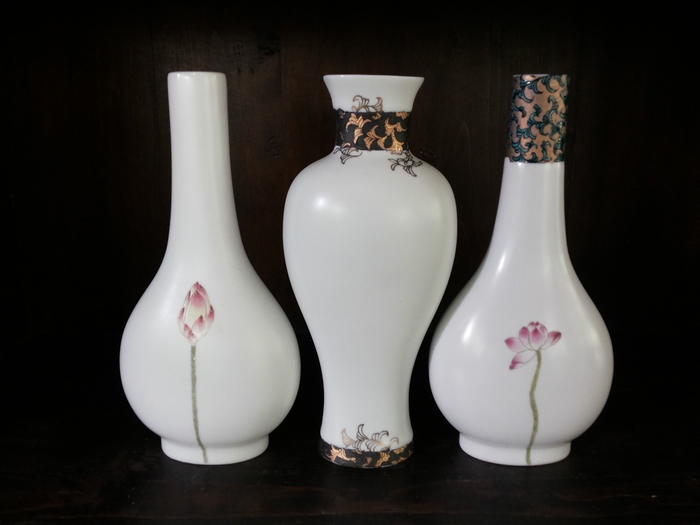